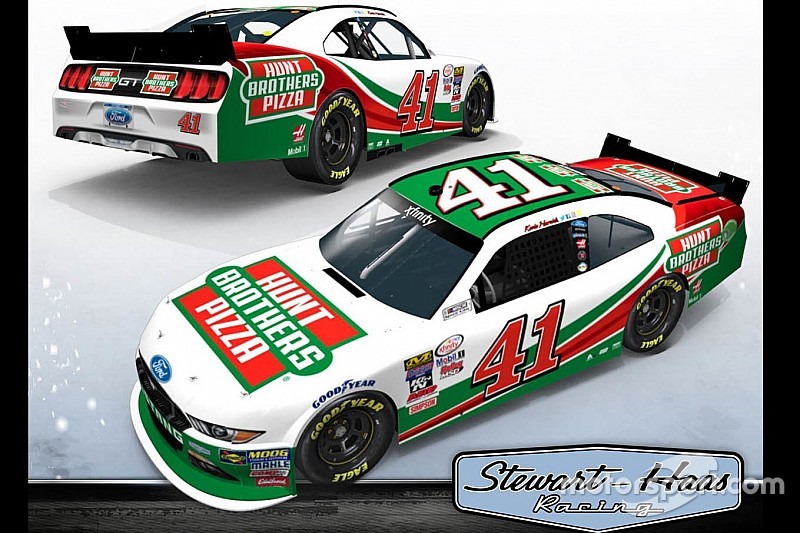 Hunt Brothers Pizza is expanding its partnership with Stewart-Haas Racing this season, which will include sponsoring NASCAR veteran Kevin Harvick in four Xfinity Series races.

Harvick will run the No. 41 Ford Mustang in the following four races this season: April 8 at Texas; May 27 at Charlotte; July 7 at Kentucky; and Sept. 2 at Darlington, S.C.

“I’ve always enjoyed competing in the Xfinity Series,” Harvick said in a statement. “With Stewart-Haas Racing starting a new program, I’m excited to be a part of the building process because it will make us stronger going forward as a company.

“I’m proud to continue working with Hunt Brothers Pizza and seeing their colors on my Ford Mustang.”

Hunt Brothers became involved in NASCAR as a team sponsor in 2008 when the company sponsored Haas CNC Racing, the precursor of SHR. Hunt Brothers aligned with Harvick in 2011, and 2017 marks its seventh year with the driver.