Highlights from first half of 2013 season

With 16 races in the books and halfway through the NASCAR Nationwide Series’ 33-race schedule there have been a lot of first-half highlights. As drivers and teams prepare for Saturday’s CNBC Prime the Profit 200 at New Hampshire Motor Speedway, here are three highlights from the season thus far that could have lasting implications on the championship race.

Points Battle: Currently, Regan Smith sits only six points in front of runner-up Sam Hornish Jr. in the standings. The top-10 drivers in the standings are only separated by 70 points; the top six are separated by fewer than 50 points. The points battle has been as close as one point after the spring Richmond race and as distant as 58 points after Michigan. The current close points battle and the swing in point differential from race to race (e.g., going into Talladega Hornish carried a one-point lead over Smith, but trailed Smith by 27 points after the race; a 28-point shift) are both indicative of how close the championship race is and that it’s still too early to predict.

Rookie Race: Overall, the eight drivers competing for the Sunoco Rookie of the Year have been impressive in 2013, led by Kyle Larson, Alex Bowman and Nelson Piquet Jr. Through 16 races, Larson has four top fives and 11 top 10s with a runner-up finish at Michigan. He holds a 57-point advantage over Bowman, who has one top five, three top 10s and one pole. Piquet, who is third in the rookie of the year race, has two top 10s. Larson, Bowman and Piquet are sixth, 11th and 13th, respectively, in the championship standings.

Dillon’s Qualifying Prowess: In June, Austin Dillon became the first driver in series history to capture four consecutive poles when he broke his own track qualifying record with a speed of 191.882 mph. The following week he qualified 14th. However, he’s currently working on a streak of two consecutive poles that he’s looking to extend to three in New Hampshire. Unfortunately for Dillon, he’s been unable to convert any of his six poles into victories. 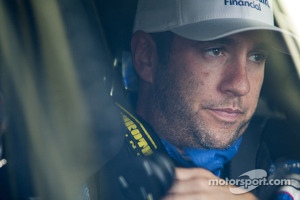 A third-place finish in last Friday’s Daytona race earned Elliott Sadler an extra $100,000, and if everything unfolds over the next three weeks just as he would like, his $100,000 will turn into a cool $1 million.

Sadler, Austin Dillon, Kyle Larson and Brian Vickers all competed for the first $100,000 bonus as part of Nationwide’s Dash 4 Cash program with the highest-finishing among the four winning. Sadler’s finish was two and three spots in front of Dillon and Larson. Vickers finished 13th.

By winning the first leg, Sadler automatically qualifies for the program’s second leg at New Hampshire. Dillon and Larson were among the top-four points-eligible finishers at Daytona, thus qualifying them for the second week in a row. Sam Hornish Jr., who finished seventh at Daytona, replaces Vickers.

If Sadler is able to win the cash bonus again this weekend in the CNBC Prime the Profit 200 and then next week at Chicagoland, he would win an additional $600,000 provided by Nationwide if he were to win the Indianapolis race outright.

Announced recently as one of 13 members of the NASCAR Next program, Ryan Preece will make his NASCAR national series debut at New Hampshire in the No. 8 Tommy Baldwin Racing Chevrolet. The Berlin, Conn. competitor counts three wins in the NASCAR Whelen Modified Tour and five wins in the NASCAR Whelen All-American Series during the past month. … For every lap (up to 10) he leads at New Hampshire, Parker sponsor, North American Power, will donate $1,000 to the Speedway Children’s Charities with the money directed toward the Children’s Hospital at Dartmouth (N.H.). … Preece, Brett Butler and Chad Hackenbracht will all try to qualify for their first NNS starts. Seven other drivers - Alex Bowman, Jeffrey Earnhardt, Billy Johnson, Kligerman, Kyle Larson, Nelson Piquet Jr. and Dexter Stacey – will make their New Hampshire NNS debut.

Parker Kligerman returns to the New England for Loudon 200