James Buescher to compete full time with RAB Racing in 2014 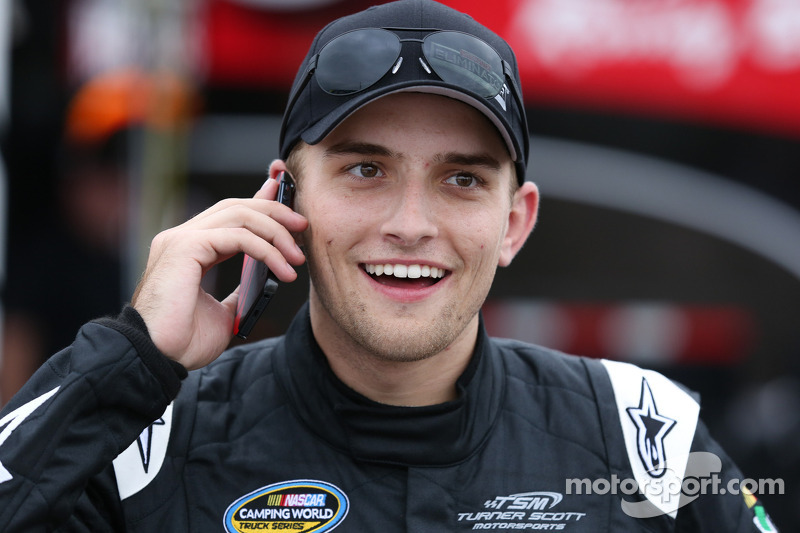 Former Truck Series Champion to Pilot the No. 99 Toyota Camry.

CONCORD, N.C. - RAB Racing is pleased to announce that they have signed 2012 NASCAR Camping World Truck Series (NCWTS) Champion James Buescher to a multi-year deal to compete full time in the NASCAR Nationwide Series (NNS). Buescher has competed full time in the NCWTS for the past three seasons and has recorded one championship and two third-place finishes in the drivers' championship standings.

Buescher is coming off his third full-time season in the NCWTS. During a breakout year in 2012, Buescher recorded his first NASCAR championship. Buescher followed up his successful four win-season in the NCWTS in 2012 with two victories in 2013. He has also recorded one NNS win, taking the checkered flag in the 2012 series' opening race at the famed Daytona International Speedway.

"My first couple of years in NASCAR have been a dream come true, and I can't thank Turner Scott Motorsports enough for the opportunity they have given me to develop my skills," said Buescher. "I am very excited to be able to take the next step in my career, and I couldn't be more thrilled about the opportunity that RAB Racing is giving me to run full time in the Nationwide Series. I am really excited to get back behind the wheel of a Toyota and I am looking forward to driving their cars next year. RAB Racing is a solid organization with great people; I can't wait to get to work with them."

Buescher will have veteran crew chief Chris Rice on top of the pitbox for the 2014 season. In 2013 Rice, lead the No. 99 Toyota Camry to two poles, two top-5 finishes, and six top-10 finishes

"Everyone at RAB Racing is honored to have James come on board to drive our No. 99 Toyota Camry," said RAB Racing owner Robby Benton. "James has a tremendous amount of talent and experience, and we feel like he will take our program to the next level. I'm looking forward to what will likely be a very special season, not only for our team, but all of our partners as well. This is a great addition to the Toyota family, and I'm proud James saw the strength in our team to further his career."

Sponsorship details for Buescher and RAB Racing will be announced in the near future. Buescher will first take to the track for RAB Racing in the DRIVE4COPD 300 on February 22, 2014 at Daytona International Speedway.