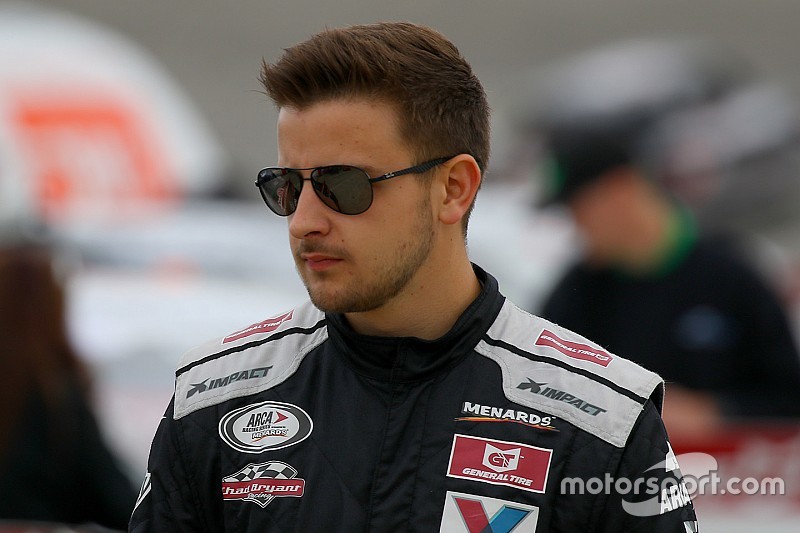 Joe Graf Jr. will not just be a NASCAR driver for Richard Childress Racing this season, but also a student.

RCR announced Friday that Graf, who is competing fulltime in ARCA this year, will run at least five races for RCR in the Xfinity Series, driving the No. 21 Chevrolet.

Graff’s first start is scheduled for June 8 at Michigan International Speedway. He is also scheduled to compete at Iowa on June 16, Daytona on July 5, Bristol on Aug. 16 and Richmond on Sept. 20.

In addition, Graf, who is a student at New York University, has already started work as a marketing and communications team intern at RCR.

“I thought it would be more beneficial to be near the race teams than to be on campus in New York City this semester, so I got the opportunity for an internship at Richard Childress Racing,” Graff told Motorsport.com.

“I’m working over there every day in their marketing department. I’m also working with their engineers on Sunday a little bit trying to learn as much as I can. Running the five races as well makes a great combination of internship and driver development program.”

Graf, 20, said the internship aspect of the relationship with RCR will give him a big leg up on becoming well versed in all aspects of a NASCAR career.

“I’ve already learned so much in the first weeks I’ve been there,” he said. “It just helps you understand both sides of racing. Racing is in so many ways a business as well, even for a driver.

“My major at NYU, media sports management, it really ties in well with racing and now I can see that side up and close through the internship at RCR.”

While competing with one of NASCAR’s most successful Xfinity Series program, Graf will also take part in competition meetings and debriefs, get simulator time and work with RCR’s pit crews on pit stop practice.

For Graf, who hopes to make a career out of NASCAR, the time in the car is most exciting.

“I couldn’t be more grateful for this opportunity. RCR’s cars are fast and running really, really well. I can’t wait to get in the car,” he said.

“I think I’ll get a lot of good experience. I couldn’t have asked for a better five races. Michigan was one of my favorite tracks in ARCA last year and I’m really looking forward to going there for the Xfinity race, especially since I’ll be running the ARCA race the day before.

“I wanted to get a superspeedway race in so I’m happy to be going to Daytona with them. The Bristol Night Race, man that’s been on my bucket list since I was a kid. It’s going to be really, really cool to run that.”

Last season as a rookie in ARCA, Graf won once and finished with six top-five and eight top-10 finishes in 19 starts, including the closest finish in ARCA history when he placed second at Talladega in a photo finish with Zane Smith.

Prior to racing in ARCA, Graf competed in the NASCAR Modified Series and was rookie of the year at Stafford Motor Speedway. He began racing bandolero cars at age nine and earned more than 50 wins in the INEX Legends Car Series and multiple track championships.

“It’s not often that drivers get the opportunity to learn both in and out of the race car, and we hope that’s what Joe is able to do with his dual role here,” said Torrey Galida, President of RCR. “It’s very helpful for drivers to understand the technical and business side of the sport, and Joe gets that.”