Kaz Grala: Move to RCR has “validated my confidence” 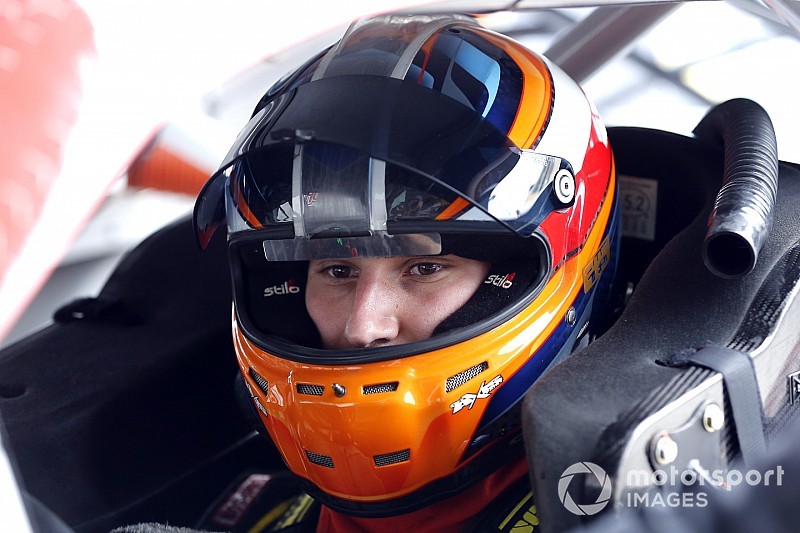 Although he didn’t get the finish he hoped for in his first start with the team in Texas, Grala is confident going into the NASCAR Xfinity Series race on Friday night.

He was running in the top 10 and appeared to have some late-race strategy going his way at Texas until a late caution changed his plans. After the restart, his car began pushing and he made contact with the wall, relegating him to an 18th-place finish.

“Unfortunately I pushed things a little too hard off of Turn 2 and brushed the wall,” said Grala. “I could have probably prevented it, but when you hang it all out there late in the race going for position, that’s part of the sport.”

Grala was one of the fastest drivers all weekend at Texas and qualified 12th in his first start with the team. The speed he had right away last weekend made the 20-year-old driver happy.

“We had great speed right off the truck and honestly I wasn’t able to keep up with the track on race day like we did earlier in the weekend,” said Grala. “I was happy with the car and I thought our performance up until the incident validated my confidence in making the move to Richard Childress Racing.”

Grala also feels having one race together with crew chief Justin Alexander will only help them this week in Richmond.

“Away from the track it’s been a seamless transition,” said Grala. “When I strapped in the car in Texas I didn’t know what to expect. What was amazing is, I didn’t do anything different in practice that I did last year and we were fast right away.”

The big difference on the track for Grala in the RCR car was what it was like to race up front with the lead pack of cars most of the day.

“The intensity of racing up front in the race is definitely different that racing back in the pack,” said Grala. “When you make a mistake up front the mistake is exaggerated much more because you have more to lose in the lead pack of cars.”

Grala expects to have speed again this weekend.

“RCR is really good at Richmond and I feel my communication with the team will be better this weekend. Now we have a base of working together to build off of and get a good finish,” he said.

“The entire team makes me feel at home and I feel really good about our chances at Richmond and whenever I climb into their Chevrolet with support from HotScream Spicy Ice Cream.”