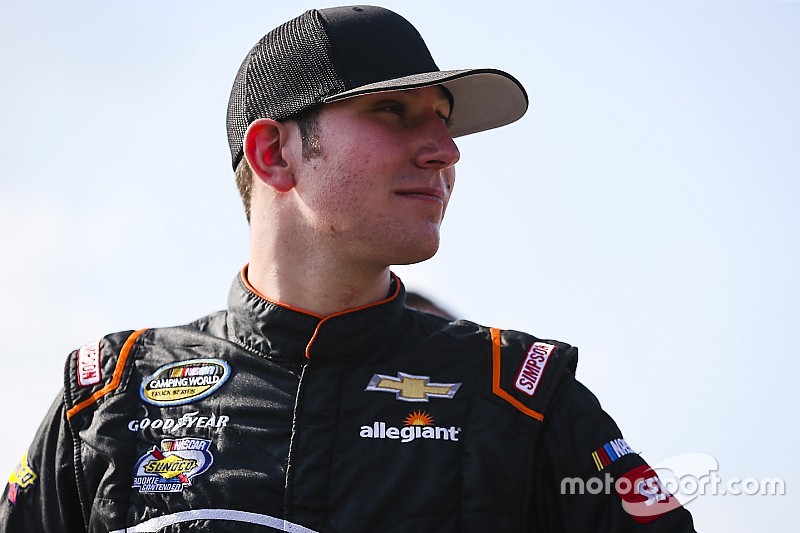 After announcing a new opportunity to compete in the NASCAR Xfinity Series for Richard Childress Racing in February, Kaz Grala prepares for his first race with his new team this Saturday.

Grala, 20, is excited about this weekend’s NASCAR Xfinity Series race in RCR’s No. 21 Chevrolet, and he has plenty of reasons to feel that way.

“It’s no secret that this will be the best Xfinity Series equipment I’ve driven so far in my career,” he said. “I was already excited to get this opportunity, but after watching how well Tyler (Reddick) has performed this season, this is a great opportunity for me this weekend.”

Grala made a total of 22 Xfinity Series starts last season driving for two teams, and while he’s only slated to drive part-time this season again, he feels he has a really good chance to show what he’s capable of on the track.

“I’m really proud of what we accomplished last year at FURY Race Cars and we had some good runs,” said Grala. “We made the most with what we had last year, and my expectations for myself are higher this year driving for RCR.”

While Grala hasn’t had the opportunity to race this season, he’s worked in the shop at Richard Childress Racing almost every day since he came back with the team from Daytona last month.

“I really enjoy working with the team and (crew chief) Justin Alexander is a great guy and very knowledgeable about the cars, which will only help me,” said Grala. “He’s already helping me prepare for my first race with the team and I can’t wait.”

The second-generation driver has also spent a lot of time in the both the RCR and Chevrolet racing simulators, and he’s driving for the team that not only fields the No. 21 Chevrolet in the Xfinity Series, but also the No. 31 part-time team in the Cup Series.

“I’ve already driven over 175 laps of competition in the simulator with Justin also helping me during those sessions,” Grala added.

Grala has one Xfinity Series start at Texas Motor Speedway and a pair of top-10 finishes in the NASCAR Trucks Series, highlighted by a sixth-place finish in 2017.

“I don’t know what it is about Texas Motor Speedway, but that track seems to fit my driving style,” he said. “We should be able to run in the top-10, but we’re going after a top-five finish this weekend in our No. 21 HotScream Spicy Ice Cream Chevrolet.

“With the team and support I have around me with the crew and my sponsors, I expect us to be able to go for it this weekend.”