Busch becomes the first winning driver in NASCAR’s three national series in the 2020 season to be disqualified from a race.

Once Cindric’s No. 22 Ford cleared inspection, he was declared the winner, which is now his third consecutive victory in the series after sweeping last weekend’s doubleheader at Kentucky.

"A win is a win and it’s great. It’s good for our team. It’s good momentum and obviously it’s great points," Cindric said. "If they let me go choose the guns here in a minute I might be a little more excited, but, overall, to get the cowboy hats and do the whole deal here is great. We were a contender all day and I believe we were able to do it, but it wasn’t in the cards in our race. But, you always want to win it on track.

"We feel like we really need a safety net once we get to the playoffs and I think this is helping us out. But, obviously, you saw guys close the gap from last week. We were really fast last week and we had a lot of competition this week, so we’ve got to keep pushing and keep trying to get better and find every area that we can improve because guys are not gonna rest in this garage. It’s a really strong garage with a lot of good teams.

"It’s gonna be a heck of a battle by the time we get to the playoffs.”

Cindric also becomes the ninth different driver to win three or more consecutive races in the NASCAR Xfinity Series. The most recent driver to do it was Christopher Bell in 2018.

Busch's team does have 24 hours to appeal the decision, if it so chooses. 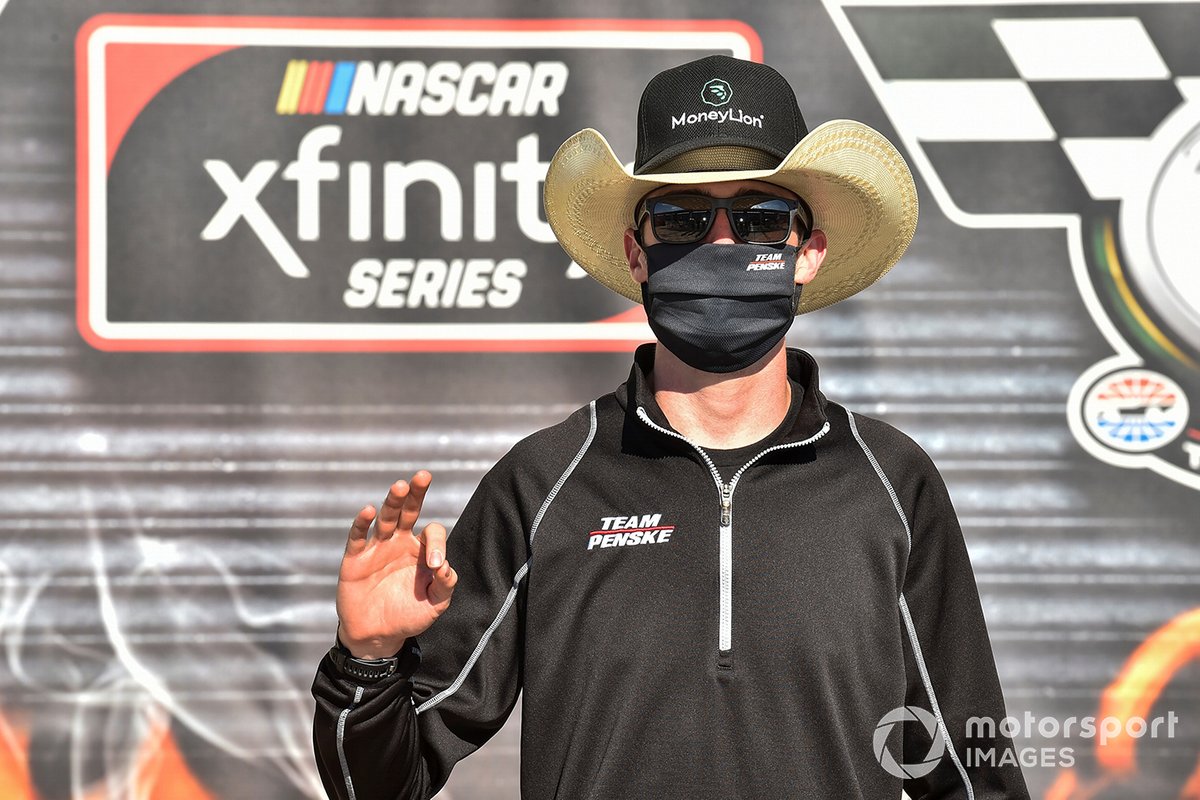 Chris Buescher after third at Richmond: "I'm ready for the win"

About the only thing that stood in the way of Ty Gibbs’ NASCAR Xfinity Series-leading fifth win of the season was a piece of debris – and even that didn’t last long.

A.J. Allmendinger dominated Saturday’s NASCAR Xfinity Series race at the Indy Road Course on his way to his third win of the 2022 season.

Ty Gibbs is "enjoying every second" of his NASCAR career

It hasn’t been hard for Ty Gibbs to find the spotlight in his young NASCAR career but then again, how could he not?