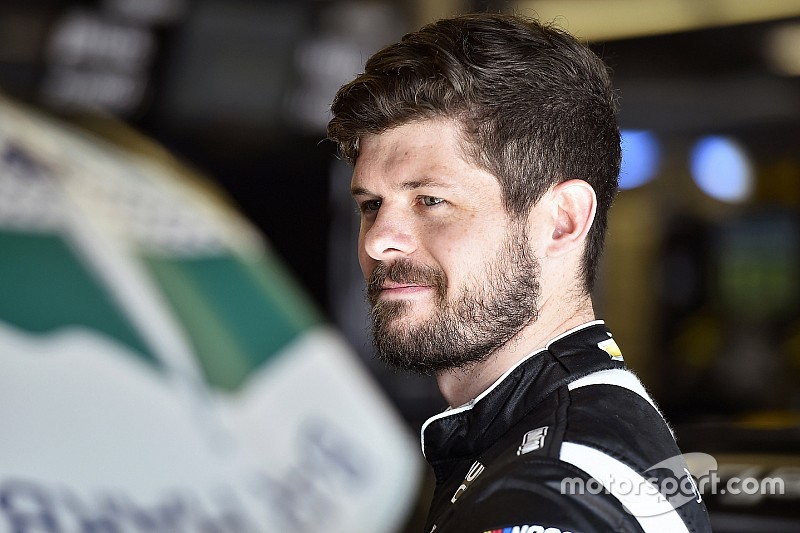 Ryan Truex is admittedly not a patient person so after Saturday’s career-tying run at Phoenix, it’s going to be hard to wait nearly four months for another try.

After a year at Kaulig Racing in 2018, Truex lined up a handful of Xfinity Series races this season in the best equipment he could find – at JR Motorsports.

Saturday’s race at Phoenix was his first with the team, and after overcoming a glitch with his kill switch in the race, he found himself in the final stage racing Kyle Busch for the win before eventually settling for second.

The runner-up finish ties Truex’s best finish in the series.

“We were the second-best car at the end of the race. We could match Kyle’s lap times but I just couldn’t run him down,” Truex said. “If I’m going to lose to somebody, it feels pretty good to lose to him.

“I knew my car was good enough to stay up there. I knew nobody behind me could pass me. (Tyler) Reddick was a little faster on the start on of a run, but I knew I could search around and try to find a little bit to try to run Kyle down.

“Kyle doesn’t make many mistakes, but if he did, I was close enough to try to make something happen.”

Truex, the 26-year-old younger brother of Cup series star Martin Truex Jr., has been competing in NASCAR’s national series at least on a part-time basis since 2010. He has never had the opportunity to compete a full season in top-level equipment.

Getting the opportunity – regardless of the number of races – is something he has no intention of squandering.

“It feels very validating to come here and be in good equipment and run as well as we did,” Truex said. “I know the first stage didn’t really show it but once we worked on our car, we were able to pass all the cars we had to pass to get back to the front.

“It wasn’t some crazy strategy that got us back up there. It feels good to pass all those cars. I hated (Christopher Bell) and (Justin Allgaier) weren’t there at the end because I would have liked to have raced with them to see where we stacked up.

So now, unless another opportunity presents itself, Truex must wait until the July race at Kentucky Speedway before his next chance behind the wheel of JRM’s No. 8 Chevrolet.

He isn’t sure how he will pass the time but will likely show up at the track with the No. 8 team on occasion to continue bonding with his new team.

And the high expectations he already set for this opportunity will not get any easier.

“I feel like since I announced this deal, I need to win,” he said. “After what Ross (Chastain) and (Ryan) Preece have done, wins are gold right now. Wins are what are going to get you in the Cup series.

“You look at Bell, he’s probably considered the ‘next best thing’ and he’s winning races left and right. You have to win when you’re in good equipment. It makes it tough when Kyle’s here but when you can match his speed, that feels good for the team and feels really good for me.

“I validates to me that I can do this in the right equipment.”