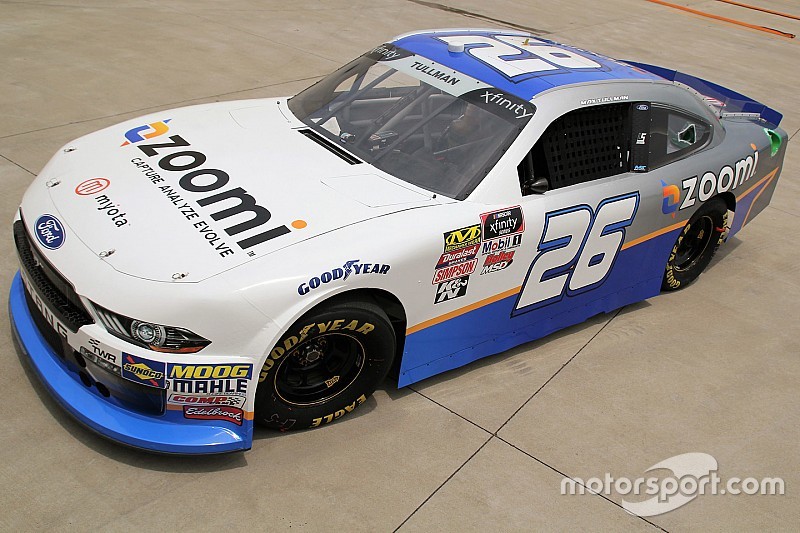 Tullman will drive the No. 26 Ford for Tullman-Walker Racing, owned by his father, Steve, and his partners, Jim and Neal Walker. He is also scheduled to compete at Las Vegas and Kansas.

Tullman, 20, is an IMSA Porsche GT3 Cup Challenge veteran that has also made several starts in NASCAR’s K&N Pro series and ARCA this season

“I’m very appreciative of this newest opportunity in my racing career,” said Tullman, who competed in the ARCA race at Iowa earlier this month. “We had a solid 12th place finish with the ARCA car, but with the Xfinity car, there’s no expectations.

“Our goal is to have two successful practices on Friday, qualify for the race on Saturday and see the checkered flag. From there, we can elevate our expectations moving forward at Las Vegas and Kansas.”

Tullman is also scheduled to compete for Young’s Motorsports in the Camping World Truck Series on Aug. 26 at Canadian Tire Motorsports Park and Oct. 13 at Talladega (Ala.) Superspeedway.

“A lot of great people have been instrumental in making our transition from sports cars to the NASCAR Xfinity Series and we’re hopeful for a promising debut,” Steve Tullman said. “We expect good things from Max behind the wheel and of course we couldn’t do this without the support of our partners Zoomi and Myota.”