Chase Briscoe appears headed to the NASCAR Xfinity Series in 2018 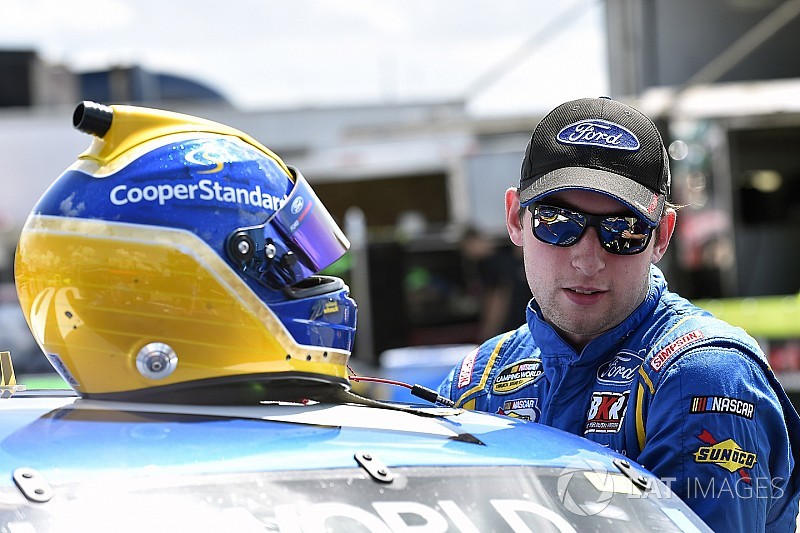 Briscoe, 22, currently competes full-time in the Camping World Truck Series with Brad Keselowski and is a member of Ford’s driver development program.

On Thursday, BKR owner Brad Keselowski announced he was shutting the doors on his Truck program at the conclusion of the 2017, which left Briscoe’s NASCAR future up in the air.

“Chase has done a great job in the BKR trucks in 2017 and we are fully committed to his continued development and progression in NASCAR,” Ford Performance Global Director Dave Pericak told Motorsport.com in a statement.

“We have already been active in working with our Ford teams to place him into the right Xfinity program for 2018, but right now we want his focus to be on winning races and competing in the playoffs for a championship in the Camping World Truck Series.”

The most likely Ford Xfinity options for 2018 are likely to be with Roush Fenway Racing or Stewart-Haas Racing.

Briscoe is fourth in the Truck series standings and finished second on two occasions this season. He is in good position to make the Truck playoffs even without a victory but has been in contention for a win several times season.

Briscoe started racing in 2001 when he competed in quarter-midgets, winning his heat race and feature. Five years later, he returned to racing, driving 410 sprint cars at the age of 13. That year, he recorded 17 top-10 finishes and a win at the final race of the season.

Last season, Briscoe won the ARCA championship with the help of six victories in 20 starts.