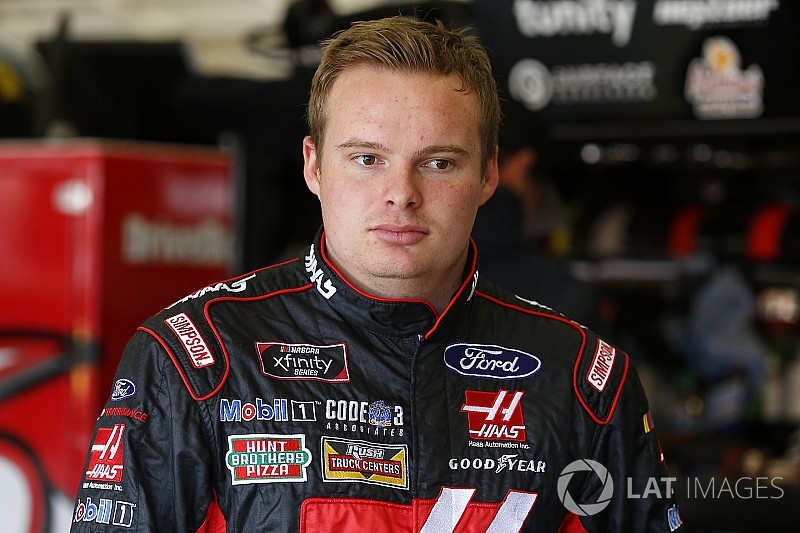 Once Cole Custer could shake the bad luck, he’s been charging to the top of the NASCAR Xfinity Series standings.

Two races into the 2018 season, Custer had finished no better than 14th and sat 25th in the series standings. Ever since, it’s been steady climb of consistency.

On Saturday at Texas Motor Speedway, Custer earned his first top-five finish of the season, a fourth in the My Bariatric Solutions 300.

“At the start of the year we had the speed, we just had bad luck with things going wrong and getting in wrecks and stuff like that,” Custer said. “We have been able to clean that up and haven’t had the bad luck and have had fast cars.

“I think we just have to get a little bit better and just have a really smooth (race) and have everything go right.”

Custer even battled Ryan Preece down to the wire for the fourth position even as Ryan Blaney was driving away with the victory.

“Me and (Preece) were pretty equal. It was just lap cars. That was the biggest thing,” Custer said. “It is so hard because it is one groove and you don’t want to wreck yourself because you lose all your momentum when you take it easy.

“It is so hard to get around lap cars. That was the biggest thing about why I got around him.”

While he wasn’t in contention for the victory on Saturday, Custer’s first top-five came with an added benefit. He will one of four series drivers eligible to win $100,000 next week at Bristol (Tenn.) Motor Speedway as part of the Dash4Cash bonus program.

Whoever finishes highest in the Bristol race among Custer, Daniel Hemric, Christopher Bell and Preece will earn the top prize.

“To be able to compete, it is a really awesome thing that Xfinity does for the series. You get to race hard and race for a lot of money,” Custer said. “We are going to get after it. It will be fun to go to Bristol.

“We have been good there in the past and I am looking forward to going there and try to win $100,000 for our team. That would be pretty awesome.”