Matt Tifft inches closer to victory: "You want the first win so bad" 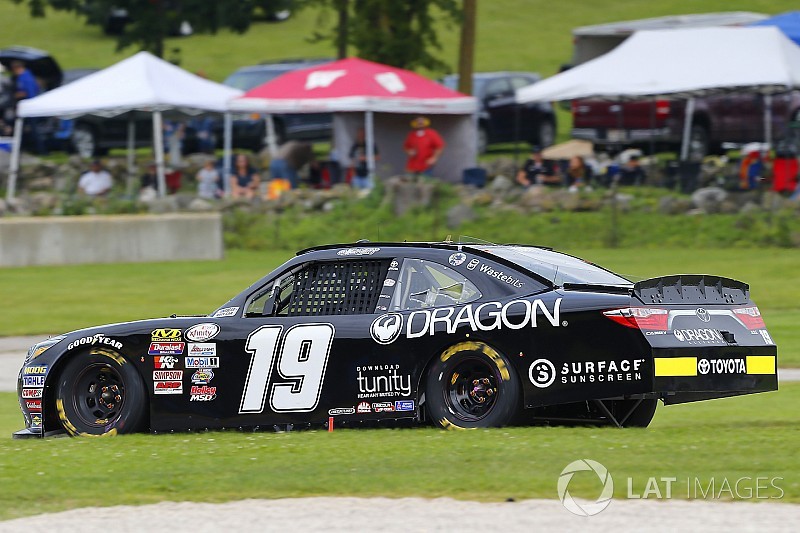 For the second time in three races, Matt Tifft has set or matched his career-best finish in the NASCAR Xfinity Series and he’s becoming increasing frustrated in doing so.

But that’s a good thing.

While Tifft was thrilled with this third-place finish at Mid-Ohio two weeks ago – at the time his best finish of his rookie season – his third in Sunday’s Johnsonville 180 at Road America was much more somber.

The reason? With the race winding down, Tifft was in position to capture his first series victory but got spun out racing for the lead with eventual winner Jeremy Clements in the final turn of the next-to-last lap.

“Obviously it’s still good to get a third-place out of this, but man, you want the first win so bad. It’s just so close to it,” the Joe Gibbs Racing driver said after the race. “Obviously your furious at first for being taken out, but then you know you just got to be able to put it behind you and move on.

A victory would have locked Tifft, 21, and his No. 19 Toyota team in the playoffs, but even without it, he remains in a solid position in the series standings which should ensure he still makes the 12-driver playoff field.

From that perspective, his recent strong runs could not come at a better time.

“The biggest thing is I think we are getting to a point where our (race) strategies are working out better. Our races are kind of developing and unfolding in a better way than they did in the first part of the season,” he said.

“I think it’s a good time to hit on that as we get ready to go into the playoffs. My crew chief, Matt Beckman, has done a phenomenal job the last couple months of being on his game and (Sunday) was another one of those days.

“I know as a team, from here and Mid-Ohio and some other runs we’ve had like at Iowa, we can do this and we can go get wins and we can go compete for that championship.”

The most difficult part of Sunday’s loss was how it unfolded with the run-in with Clements. Strangely enough, both drivers spun out in the incident but they built up an 11-second lead over third place, so Clements still took over the lead once he re-fired his car and got back on the track.

“I wish we could have raced it out to the last lap. We were really struggling on old tires,” Tifft said. “I don’t know if he had newer tires there or he just had a lot of speed there at the end, but we were struggling in some of the braking zones – just getting some wheel hop and stuff.

“Man, it’s just – it’s tough to come that close, but we’ll keep knocking on the door. That’s all  you can do.”