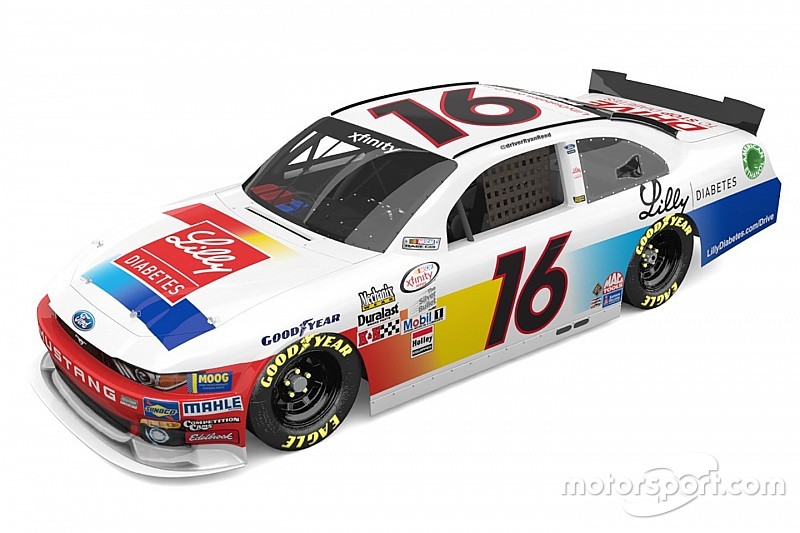 The design also came with an assist from NASCAR artist Sam Bass.

Reed’s No. 16 Lilly Diabetes Ford will serve as a tribute to Kulwicki’s 1989 Ford, a year in which he won six poles and ended with five top-five and nine top-10 finishes.

Bass, who like Reed lives with Type 1 Diabetes, helped create the throwback adaptation of Kulwicki’s No. 7 Ford.

“My dad was huge fan of Alan and had a lot of respect for him, so it’s awesome to get to run this throwback scheme in Darlington,” said Reed. “My Dad ran his own race team and drove for himself throughout the 90’s, just like Alan.

“Alan overcame a lot of challenges to become a champion and I can’t help but have a lot of respect for him.”

Kulwicki was admired by many in the sport for his perseverance as he started his own team and ultimately won the championship in what is now the Monster Energy NASCAR Cup Series in 1992. He was killed in an airplane crash on April 1, 1993 returning from a sponsor appearance.

Reed spent his entire childhood racing, but was diagnosed with Type 1 diabetes at the age of 17 and told he would never race again.

By working closely with his doctors and monitoring his diet and exercise, Reed now competes full-time in the Xfinity Series, where he has two wins, five top-five and 15 top-10 finishes.