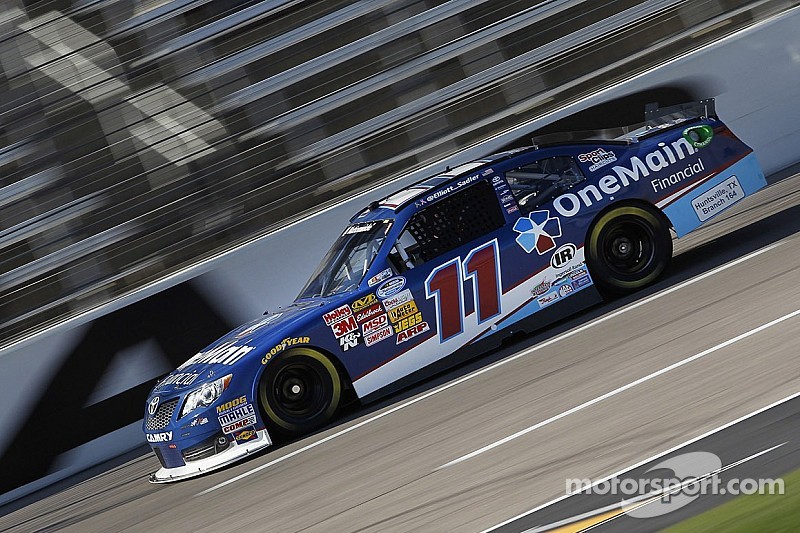 Clint Bowyer stepped in for a sick Elliott Sadler during the Nationwide race, finishing ninth.

Potentially one of the worst rules in NASCAR, and one of the silliest rules in sports in general, was on display Saturday in the NASCAR Nationwide Series race when an ill Elliott Sadler gave way to replacement driver Clint Bowyer on lap nine of the race. Sadler had started the car at the rear of the field per NASCAR rules because Bowyer had qualified the car.

In my opinion, this is the most senseless rule in NASCAR because it allows a driver to accumulate points that are unearned. And again, the sub gets credit for nothing on top of that. You can literally start a race, exit almost immediately for another driver, have that driver go on to win the race in your car and be credited for a win that you did not earn.

This has happened before, most recently at the Milwaukee Mile Nationwide Series race in 2008 when Aric Almirola was credited with a win, even though he gave way to Denny Hamlin early in a race and Hamlin went on to take the victory. That situation was slightly different because Hamlin was supposed to start the race and couldn’t make it to the start due to travel complications as he was practicing for a Sprint Cup event in Sonoma, Calif.  Almirola, who was leading the race, was pulled from the car once Hamlin arrived.

Coming into the race at Texas Motor Speedway on Saturday, Sadler was not mathematically eligible to win the Nationwide Series championship, but was eligible to finish the season as high as second in the points. Having the option of giving way to a healthy, and arguably a better driver in Bowyer, should be considered an unfair advantage, but because of NASCAR’s strange rule regarding replacement drivers, Sadler actually could’ve gained positions on his competition in the point standings, via Bowyer.

Sadler entered the Texas race fourth in the championship standings with Brian Scott in third place and Regan Smith in second. Luckily for Scott, who finished sixth in the race, and Smith, who finished the race in 11th, the insertion of Bowyer into the driver seat wasn’t enough to surpass them or really cut into the gap.

How the rule should be

You could argue that a driver having to give way to a replacement driver puts the team at an disadvantage because a replacement driver has to deal with different circumstances than he’s typically used to ... A different car, seat, crew chief, spotter, etc. All of these things are true. And, replacement drivers do make sense in terms of teams going for owner's championships. They just simply don’t have any business when it comes to helping other drivers out in beating fellow competitors for season long titles.

Busch gets one step closer to weekend sweep with Nationwide win

Elenz to be named crew chief at JRM