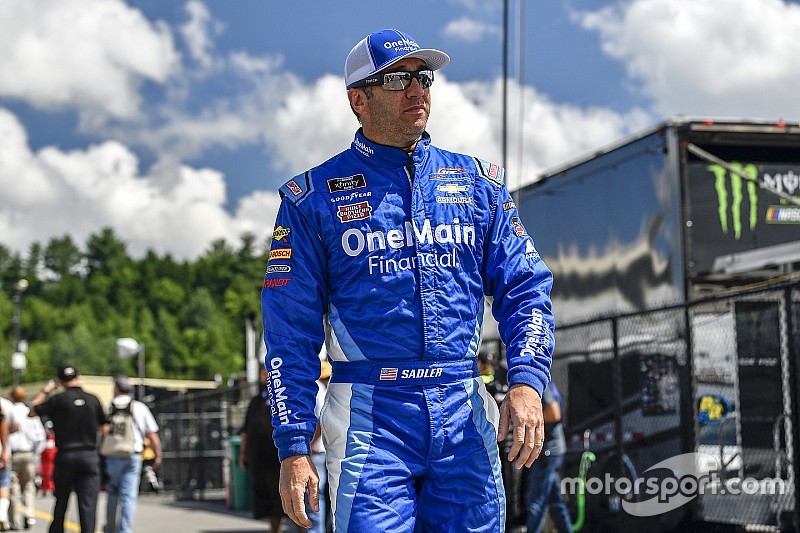 Sadler, who currently competes in the Xfinity Series with JR Motorsports, posted a message on his Twitter feed.

“After much consideration and many conversations with my family, I’ve decided this will be my last season racing full-time in NASCAR. It’s time for me, as a dad, to help my kids pursue their dreams. Wyatt is 8 and Austyn is 6 and both of them are very active at school and in extracurricular activities. I want to be with them for all of their special moments,” Sadler said.

“I want to be there to hug them when they do well and dust them off and send them back out there when they fall. It’s time for me to be the full-time dad that I want to be.”

Sadler, 43, made his first NASCAR national series start on July 29, 1995, in the Xfinity Series at South Boston, Va., not far from him hometown of Emporia, Va. He drove an entry owned by his family, starting 15th and finishing eighth.

Since then, has been a staple in NASCAR competition, enjoying long and productive careers in both the Monster Energy NASCAR Cup and Xfinity series.

Sadler is one of 31 drivers who have won at least once in all three of NASCAR’s national divisions. He has three career wins in Cup, 13 in Xfinity and one in Trucks.

“As I look back, I’ve had an amazing career thanks to an overwhelming amount of support from so many family members, friends, team members, corporate partners and fans. I know I’m going to miss seeing all of y’all week in and week out. The people are what make our sport so special,” Sadler wrote.

Sadler still has the opportunity end this season as a champion.

He has finished third in the Xfinity Series standings the past three seasons while at JRM and is on pace to compete again for the title this season. He is currently without a win but second in the series standings with 10 top-five and 17 top-10 finishes and one pole through the first 21 races.

“I’m going to give everything I have in the playoffs to end my career on a high note,” he said

“Elliott Sadler has been a true competitor throughout his NASCAR career, and an outstanding supporter of motorsports in the Commonwealth,” said Richmond (Va.) Raceway President Dennis Bickmeier. “The Sadler name has become synonymous with motorsports in Virginia. As one of the most beloved drivers in the region, Elliott will leave an indelible impact throughout motorsports in Racing Virginia. We look forward to giving him a Richmond Raceway farewell as he competes in the first-ever playoff race at Richmond (in September).”