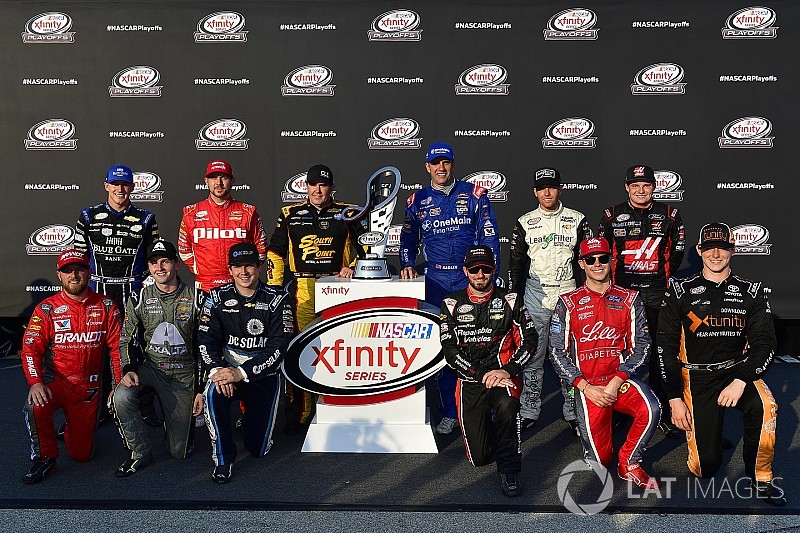 The program will again consist of four series drivers being eligible for a $100,000 prize at four different events.

The races this season will take place this month at Bristol, Tenn.; Richmond, Va.; Dover, Del.; and Talladega, Ala.

Unlike last season, the first four drivers eligible to compete for the top prize at Bristol will be determined in a qualifying event, rather than the first two stages of the first race (which was used last season).

The top four finishing full-time drivers in this Saturday’s Xfinity Series race at Texas Motor Speedway will become eligible for the first round of the Dash 4 Cash at Bristol next week. The highest finisher of the four at Bristol then earns the $100,000.

The top four full-time series drivers in the Bristol race then become eligible for the award at Richmond. That format continues until the end of the four-race program.

Last year, Justin Allgaier won two of the $100,000 bonuses while Daniel Hemric and William Byron each won the award once. Byron has since moved on to the Monster Energy NASCAR Cup Series.

This year, Comcast will donate an additional $40,000 in honor of each Dash 4 Cash weekly winner on to local organizations on behalf of the company’s Internet Essentials program, which helps to connect low-income households online.

Hemric and Allgaier talk about the program below:

Chase Briscoe said "it's been tough" not competing for a championship