Not only is it our first since 2002, but, more importantly, it's the first championship for Mustang in NASCAR.

JAMIE ALLISON, Director, Ford Racing -- "We're thrilled to win the NASCAR Nationwide Manufacturers' Championship. Not only is it our first since 2002, but, more importantly, it's the first championship for Mustang in NASCAR. Mustang - as it has for 47 years - continues to be a force in all forms of racing. This has been a great year for Ford and Roush Fenway in Nationwide, with Carl, Ricky and Trevor all providing some great moments and 13 victories. Now, it would be great to add the driver’s championship by Ricky to this special year for Mustang and Ford.”

BORN TO RACE – Mustang winning a championship in its first year of NASCAR competition won’t come as a surprise to Ford enthusiasts, who have known about the muscle car’s racing pedigree ever since it came off the assembly line for the first time in April of 1964. In fact, a little more than a month after its April 17 introduction, Mustang was on the race track as a pace car leading the 1964 Indianapolis 500. And before the year was out, it was a winner in competition, finishing first and second in class in the 1964 Tour de France international rally.

THE MOST SINCE – In addition to helping deliver a manufacturer’s championship, Mustang has been to victory lane more than any other model in 2011. Mustang has 13 wins so far this season, which represents the highest single-season win total in the NASCAR Nationwide Series for Ford Racing since 2002 when it won 16 races.

FEELS LIKE THE THIRD TIME – This marks the third time Ford has won the NASCAR Nationwide Series manufacturer’s title. The first time came in 1995 when Chad Little led the Ford contingent with six wins while Dale Jarrett and Mark Martin contributed three each. Kenny Wallace and Tim Fedewa also scored victories that year for Ford. The second title came courtesy of Greg Biffle, who won the driver’s championship and was a leader on the manufacturer side. Jeff Burton actually led the way with five wins that season while Biffle and Jason Keller registered four each, Scott Riggs two and Bobby Hamilton Jr. one. 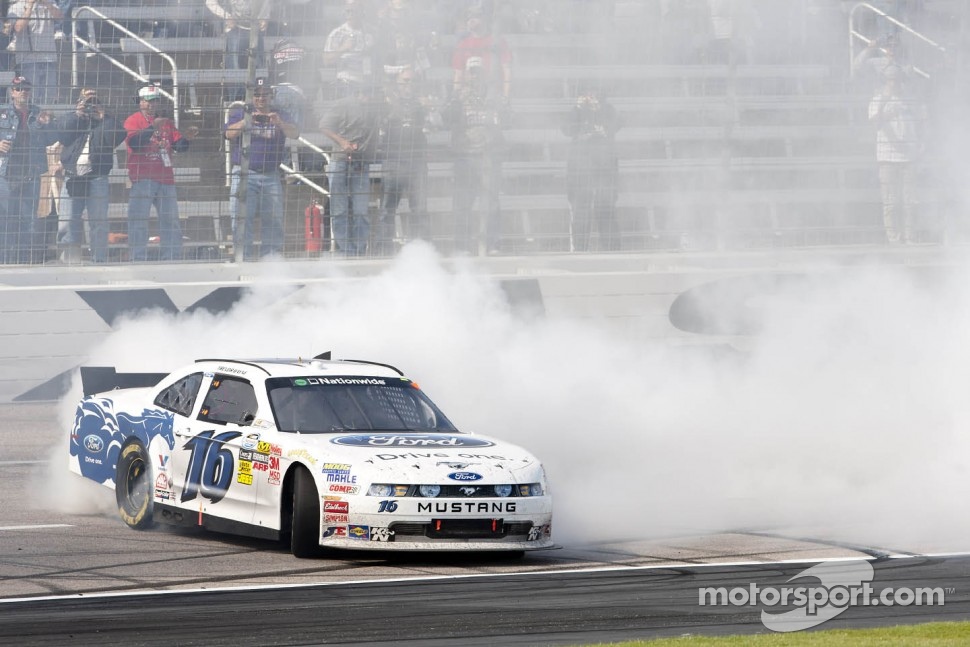