Kyle Busch Motorsports heads to the series in 2012

Busch still plans to field his No. 18 truck full-time in the Truck Series next year.

Crew chiefs, sponsors, drivers – all that stuff will be announced at a later time.

“We will run trucks also,” Busch said. “We will keep the 18 truck going for a full season next year.”

Several specific details regarding the move to the Nationwide Series are still sketchy. Busch doesn’t know yet whether or not his new Nationwide team will go after a driver’s championship in its first year, because he doesn’t know who will be driving the car.

NASCAR only allows its drivers at the national level to earn championship points in one series, and Busch earns points at the Sprint Cup level, making him ineligible to be driver’s champion in the Nationwide Series.

KBM did field a Nationwide car at Charlotte Motor Speedway in May through a partnership with NEMCO Motorsports to provide a ride for Kimi Raikkonen.

At this point in time, all Busch seems to know or is ready to announce is that his organization is moving to the Nationwide Series, and he’ll be fielding Toyotas.

“Crew chiefs, sponsors, drivers – all that stuff will be announced at a later time,” Busch said. 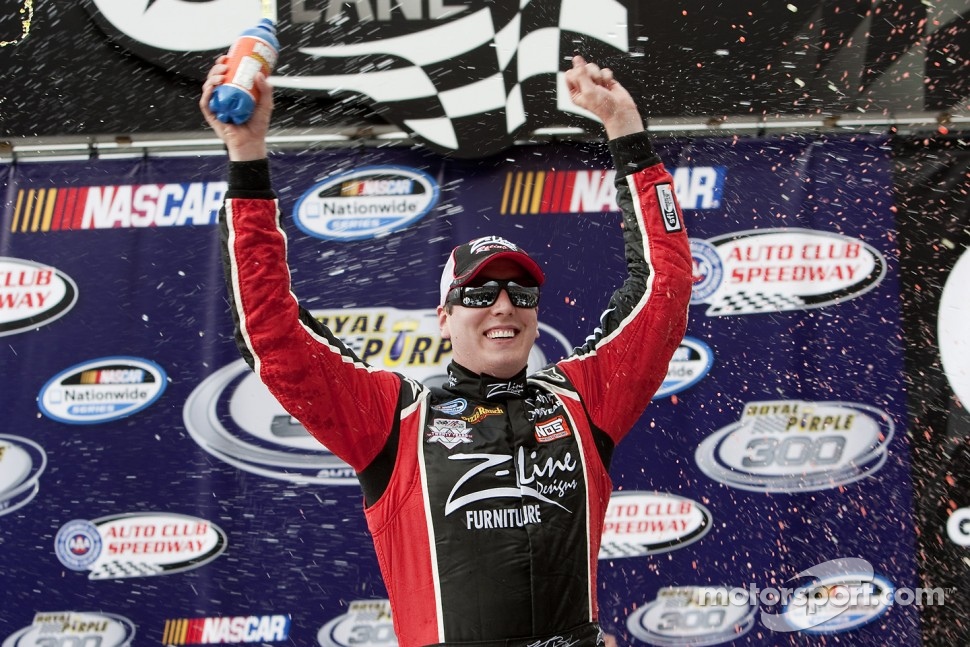 Kyle Busch celebrating a win in the Nationwide Seires

Series returns to Montreal in 2012 with new promoter