As one team fades away from the NASCAR Nationwide Series landscape, another one re-emerges after a year away from the circuit. When Nationwide team owners Kevin and DeLana Harvick announced in September that they were getting out of race team ownership, plans were made for their two-car Nationwide Series program, Kevin Harvick Inc., to be merged into Richard Childress Racing, the organization Harvick has driven for at the Sprint Cup level since he joined that series in 2001, at the conclusion of the 2011 race season.

“A few years ago, Richard Childress Racing moved its NASCAR Nationwide Series efforts to Kevin Harvick Incorporated to assist KHI in strengthening its overall program,” team owner Richard Childress said. “When Kevin and DeLana decided they were interested in consolidating operations, it made sense to merge our efforts. RCR is committed to the Nationwide Series as part of our overall team and driver development efforts. This move will continue the close collaborative effort RCR and KHI have enjoyed for the past 10 years.” 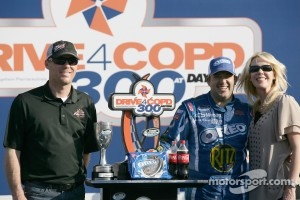 RCR may not have been on the Nationwide Series scene in 2011, but the organization has a storied history in the series that includes 56 race wins and five series championships – counting both driver and owner titles – since it debuted on the circuit in 2000.

With the move of the No. 2 and No. 33 KHI Nationwide Series programs to RCR, Elliott Sadler made the move to the Childress organization, also. Sadler was the only full-time NNS driver in the KHI stable in 2011, and he drove the No. 2 car to a second-place showing in the 2011 driver points standings.

Sadler will keep his seat behind the wheel of the No. 2 car in 2012. The other former KHI entry, the No. 33, also ran a full schedule in 2011, but with a somewhat lengthy roster of drivers.

Childress will continue the multiple-driver model for the No. 33 car into 2012, but the full roster of drivers for that car has not yet been finalized. Childress did announce on Thursday, though, that Brendan Gaughan will drive the No. 33 car in 10 races next year, in addition to driving a No. 2 truck for the organization in the Camping World Truck Series. He’ll share driving duties in the No. 2 truck with Tim George Jr.

“The last few years, I have been racing for teams that try to buy their engineering or equipment from organizations as great as RCR, but doing that is never the same as racing for RCR,” Gaughan said. “I have always steered away from switching to a part-time schedule in the past, but I had to look at where I would have the best opportunity to win races again and the opportunity to race for Richard Childress is one I couldn’t pass up.” 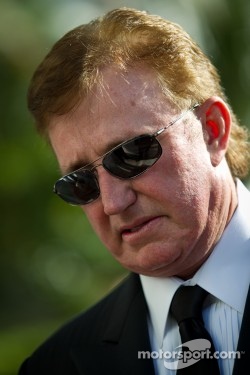 There has been no official announcement regarding other drivers in the No. 33 car for 2012, but don’t be surprised is Harvick drives it for at least a few races. Harvick traditionally competes in several Nationwide events each season, including assuming driving duties in the No. 33 car he used to own. Another Sprint Cup driver at RCR will also probably climb into the Nationwide car a few times next year.

In addition to the former KHI entries, Childress plans to add a third car to his Nationwide Series lineup. He’ll return the No. 3 to the series, fielding that entry for his grandson and 2011 Truck Series champion Austin Dillon.

“I think there is a lot of stock in a number,” Childress said. “It’s something that we’ve really taken seriously. We gave it a lot of serious thought before we even put it on the very first race car with RCR (for Dillon), going back to the Bandoleros days.”

Dillon competed in several Nationwide races in 2011, driving the No. 33 car for KHI, while also competing full-time in the Camping World Truck Series.

Ty Gibbs after winning Charlotte: ‘I’ll take it, this is a good day’

Briscoe sixth in Xfinity race: ‘Felt like we were gonna for sure be second at the worst’