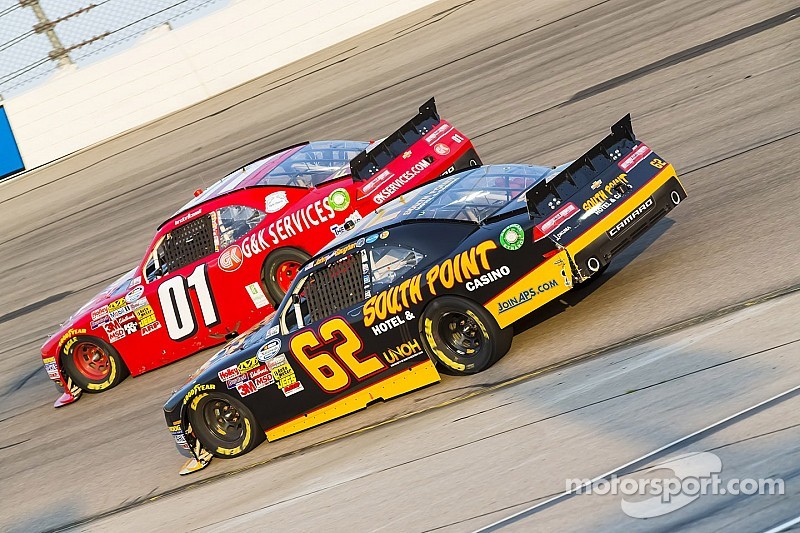 NASCAR Nationwide drivers get to make both turns this Saturday in the Zippo 200 at Watkins Glen International (2:15 p.m. on ABC) in their second road course race of the year, and the first in a back-to-back stretch that also includes Mid-Ohio next Saturday (2:45 p.m. on ESPN).

As a driver, it’s fun to get away from the oval tracks every once in a while and really challenge your true driving skills

“Watkins Glen has so many fast corners,” said Brendan Gaughan, the winner of this season’s first Nationwide road course event at Road America. “The bus stop, basically a corner built into chaos. You have to let the car roll as hard as humanly possible. It is a place on that course where you can’t gain that much position, but you can lose a ton. Many other road courses are much more speedway fast, motor-wise, while the Glen is faster with corner speeds.”

Gaughan and the other Nationwide regulars will face stiff competition at the Glen from Sprint Cup contenders, including three-time Watkins Glen winner, Marcos Ambrose, last year’s victor Brad Keselowski and the all-time winningest driver in the series, Kyle Busch. If Ambrose takes the checkered flag on Saturday, he will match Terry Labonte’s record of four Nationwide victories at the course.

“As a driver, it’s fun to get away from the oval tracks every once in a while and really challenge your true driving skills,” said Elliot Sadler, who currently ranks third in the Nationwide Series point standings. “Road course racing can definitely be physically and mentally exhausting, but if you have a fast car, it can quickly bring back the memories of flying around a track in a go-kart.”