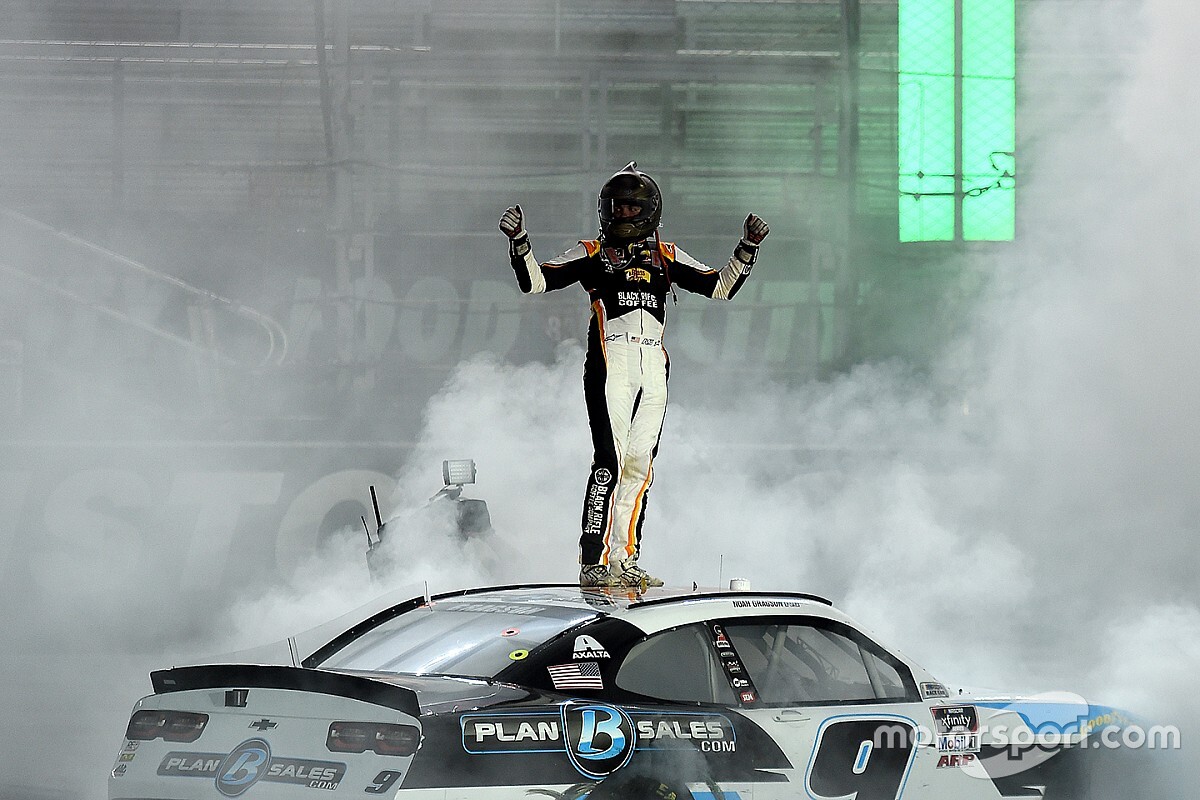 Noah Gragson is enjoying the best season of his young NASCAR career but is already thinking about his uncertain future in the sport.

Gragson, who drives the No. 9 Chevrolet for JR Motorsports in the Xfinity Series, started with a two-year deal when he joined the organization beginning with the 2019 season.

Even though Gragson, 21, already has two wins, is ranked second in series points and collected the $100,000 Dash 4 Cash bonus in Saturday’s race at Atlanta Motor Speedway, he does not yet have a deal completed for 2021.

“I’m just super-fortunate to be able to run with (crew chief) Dave Elenz and this team, it’s quite the privilege. A lot of confidence, we’re just going to try to roll on week by week,” Gragson said after his runner-up finish Saturday to winner A.J. Allmendinger.

“I’m fighting for a job. I don’t really know what I’m going to do next year. With that being said, I’m putting everything I got into it, both on and off the race track, trying to stay motivated and positive.”

There is still an opportunity for Gragson to remain at JRM beyond this season.

Kelley Earnhardt Miller, co-owner and general manager of JR Motorsports, told Motorsport.com Saturday night that the organization is having conversations with all of its drivers about next season.

She said most of JRM’s deals are year-to-year and depend greatly on acquiring sponsorship, something that has made more difficult this year due to the COVID-19 pandemic and NASCAR’s two-month stoppage of competition.

Asked if he would be interested in staying in the Xfinity Series or perhaps even moving to Cup, Gragson said, “I want to race a race car. I have zero plans right now. Ultimately, I’d like to race in the Xfinity Series but if the opportunity comes up to run in the Cup Series, it is what it is. There’s no talks about any of that right now.

“It’s something I really enjoy is racing, I put in a lot of time and effort. Just going to keep pushing. I don’t know what’s going to come. I’m just going to keep my head up and try my best and hopefully I can keep doing good.”

Gragson had to overcome one hiccup from his victory last weekend at Bristol (Tenn.) Motor Speedway, which included an on-track incident with his JRM teammate Justin Allgaier while the two were racing for the win late in the race.

Gragson and Allgaier spoke earlier this week before heading to Atlanta Motor Speedway.

“We agreed on some stuff, disagreed on other things. I wanted to know his side of the story. There are two sides to every story. I told my side,” he said.

“All I can do is just try to keep doing the best job I can for JR Motorsports and run as best I can for this No. 9 team and keep focused, stay motivated and positive.”