NASCAR inspectors remained busy at Kentucky Speedway on Thursday as the No. 22 Penske Xfinity Series team was assessed an L1 penalty before getting on the track. 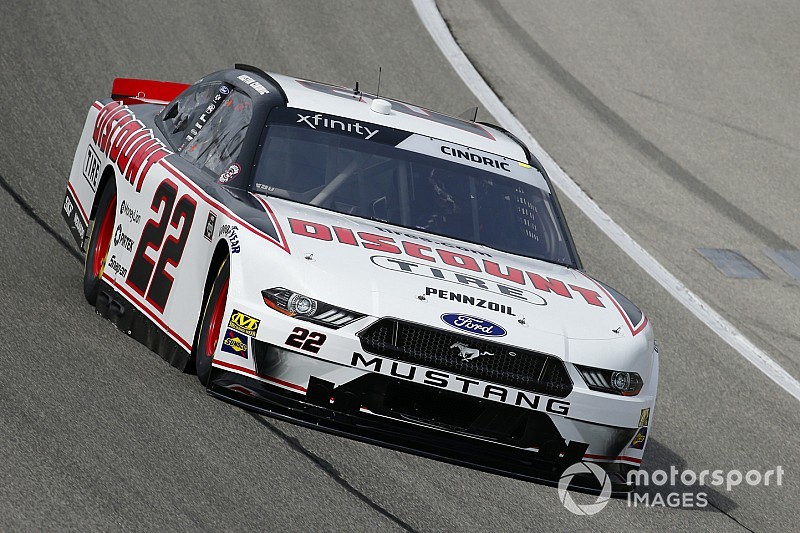 The No. 22 Ford driven by Austin Cindric in the Xfinity Series was found to have “unapproved body modifications” by NASCAR officials Thursday at Kentucky before cars hit the track for the first practice session.

The team was assessed an L1 penalty which included the ejection of crew chief Brian Wilson for the remainder of the race weekend, a $10,000 fine and the loss of 10 driver and owner points.

The team has not made a final decision on who will serve as crew chief but Team Penske NASCAR team manager Jefferson Hodges was serving in that capacity during Thursday’s practice.

NASCAR officials said the team isn’t likely to face any additional penalties from the violation, including in the race, other than those already incurred.

Cindric enters Friday night’s race at Kentucky fourth in the series points standings with six top-five and 13 top-10 finishes in 16 starts. Cindric is still looking for his first series win.

Earlier Thursday, NASCAR officials confiscated the No. 52 truck driven by Stewart Friesen after an issue with the cockpit firewall was discovered in inspection.