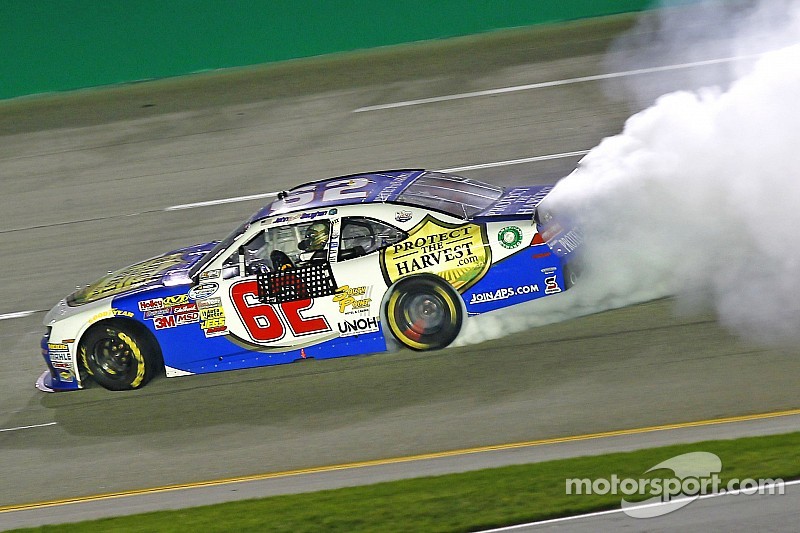 The organization goes into the Dover 200 on Saturday (3:30 p.m. ET on ESPN 2) looking to continue its momentum.

At Kentucky, Gaughan blew past Dillon and Elliott shortly after the final restart to clinch his second victory of the season. He will go for win number three at the Monster Mile where he has a 14.4 average finish in four starts.

We can run top five and we're still in contention for this championship.

"As a driver, Dover International Speedway is such a fun track,” Gaughan said. “I like that our runs can and are sometimes 150-laps because I love green-flag pit stops. I would consider myself pretty efficient getting on and off pit road and my pit crew that RCR gives me is outstanding.”

Scott’s runner-up finish over the weekend vaulted him to fourth in the points standings. The 26-year-old seems on the verge of his first NASCAR Nationwide Series win, currently riding a string of 10 top-10 finishes in his last 11 races. He heads to Dover looking to improve on his seventh-place finish there at the end of May.

“We can’t go back to the shop and high-five each other because we had a good night at Kentucky,” Scott said. “We have to focus on Dover, Kansas, Charlotte and all the races we have coming up and we have to work even harder than everyone else to keep our edge.”

Although he finished third, Ty Dillon dominated at Kentucky all weekend, winning the pole and leading 155-of-200 laps. He simply could not close out the race on the final restart. Ranked third in the driver standings, Dillon will try to close the 38-point gap separating him from series leader Elliott at Dover, a place where he claims two eighth-place finishes in three starts.

"Win races,” said Dillon when asked about his approach for the final six events of the season. “We have the capability of doing so, we just need to win races. I think this past weekend in Kentucky really showed that we can lead laps, we can run top five and we're still in contention for this championship.”