Ross Chastain: “It makes them mad when we race against them" 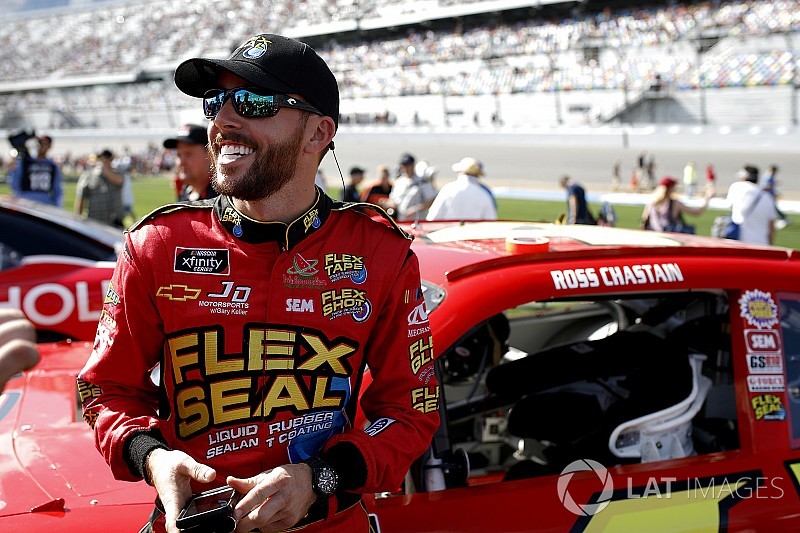 If you’re surprised to learn Ross Chastain is one of only 12 NASCAR Xfinity Series drivers so far this season to have at least two top-10 finishes, that’s okay.

If it may have escaped your attention that Chastain ran one of his most competitive races of his career last weekend at Auto Club Speedway, that’s no problem, either.

Whether you’re a fellow competitor or a fan, Chastain wants to spend this season continually showing up where he may be least expected.

Putting together a race weekend

Chastain qualified 13th at Auto Club Speedway for the Xfinity race – just missing the cut to make the final round – and ran in the top-10 of the race from nearly start to finish, even collecting stage points in Stage 1.

Chastain finished 10th – his second top-10 in the first five races and matching his top-10 total from the entire 2017 season.

His No. 4 JD Motorsports may not be the biggest or heavily-funded, but the results are providing a much-needed confidence boost.

“Fast laps? I don’t care. Qualified 13th? I don’t care, but putting together every run (in the race) – at worst we ran 13th, at best we ran ninth and we finished 10th. That’s how you’re supposed to do it,” Chastain told Motorsport.com

“I want to be realistic and I don’t want to get over-ambitious. I’ve gotten in trouble before chasing points like that, trying to get one more spot or making a gutsy call and it ends up costing me spots.”

Chastain, 25, credits some of his improved performance with the extra track time he’s had this season running in the Monster Energy NASCAR Cup Series with Premium Motorsports.

“It’s been so big for me, they work together on how they both talk to me and working on putting together runs (in the race), not going so hard in the beginning,” he said. “But sometimes you have to go hard, right? So, you have to balance all that.

“I’m trying to be smart and learning from guys I’m racing against. It may all sound like I know what I’m doing, but at the end of the day, it’s also a testament to our good race cars. I’m really proud of (team owner) Johnny Davis and all of the guys who work here.  ”

Chastain said the organization has better cars this season but he also believes they are being put together “better than they ever have before.”

“This sport is up-and-down, lots of peaks and valleys,” he said. “This is our fourth season working together (in the Xfinity Series) and we should have an idea coming to track what we’re looking for.”

While JDM must compete each week with organizations like Joe Gibbs Racing, JR Motorsports and Richard Childress Racing, Chastain believes there is still opportunities to run up front.

“I still think 13th in points is realistic. We’re going to keep playing the ‘little guy’ card and let everybody laugh at us that we race against,” he said. “It makes them mad when we race against them and that makes me happy.”