Ross Chastain will compete for Xfinity title in two rides 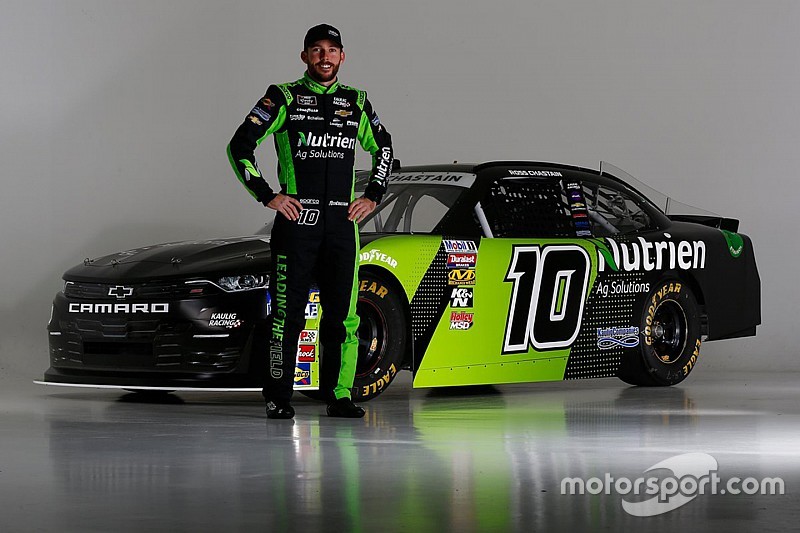 Ross Chastain may not be where he thought he would, but he’ll still be competing for a NASCAR Xfinity Series championship this season.

Chastain lost the opportunity to compete full-time in the Xfinity Series with Chip Ganassi Racing this season when the organization was forced to shut down its team earlier this month.

The No. 42 Xfinity team was scheduled to be sponsored in large part by DC Solar. In late December, there were multiple reports the FBI conducted twin raids on the home of DC Solar CEO Jeff Carpoff in Martinez, Calif., and the company's headquarters in Benicia, Calif.

Chastain was suddenly out of a ride. He quickly picked up a partial Truck Series schedule with Niece Motorsports and on Thursday unveiled a fulltime Xfinity schedule split between JD Motorsports and Kaulig Racing.

Chastain, 26, will compete in three races at Kaulig with sponsor Nutrien Ag Solutions, including the season opener at Daytona. The remainder of the 33-race schedule he will drive the No. 4 Chevrolet for JD Motorsports, where he spent most of last season.

“What all happened affected so many people. So many people’s livelihoods got turned upside down because we were all ready to go to work and we were already working (on this season),” Chastain said Thursday at Las Vegas Motor Speedway.

“Chip did everything he could – he held on as long as he could to hold it all together. He didn’t let me go far – he told me to go race. Yeah, it sucks what all happened. But you have to keep moving – you can’t stop.”

Blake Koch was originally slated to drive the No. 4 at JDM but elected to focus primarily on overseeing the success of his growing company, Filter Time.

Chastain is in Las Vegas this week driving the Chevrolet wheel-force car during the two-day NASCAR Cup Series test. Each manufacturer is allowed one car with wheel force transducers at a test to gather data for simulation programs.

“I’ve just been getting data, doing whatever they say. I enjoy it because I enjoy driving race cars,” he said. “Some guys don’t like doing it, but I enjoy the time in the simulator.

“I’m at a point in my life where I can dedicate a lot of time to this and I’m where I’m at because it takes a lot to do this program – to prepare for it and go back over everything and then prepare for Daytona.”