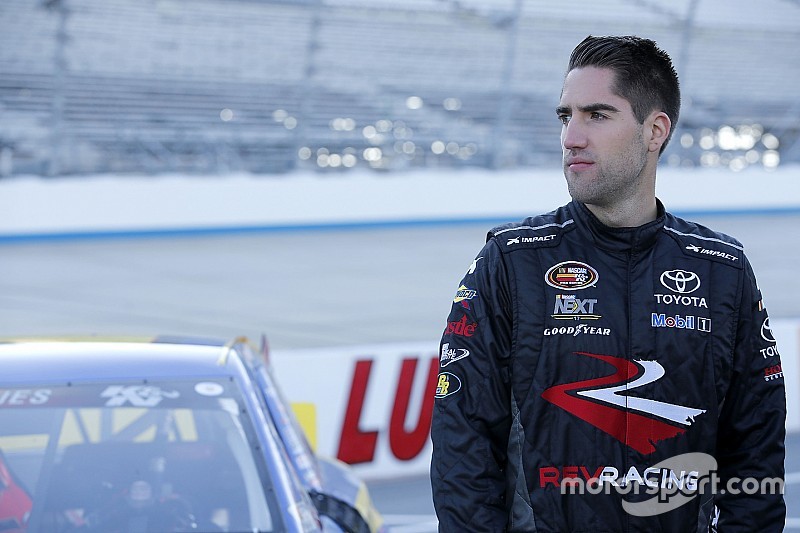 Building on the success of the NASCAR Whelen Euro Series program last year, the NASCAR Mexico champion will participate in this year’s driver swap program.

Last year NASCAR Euro Series driver Frederic Gabillon and NASCAR Pinty’s Series driver J.F. Dumoulin swapped rides in each other’s series and this season Ruben Garcia Jr. will be the next NASCAR champion to make the trip to Europe.

The Euro Series has already seen 25 of its drivers compete in the United States through its driver exchange program.

“Over 25 Euro drivers already raced at every level of NASCAR in the USA thanks to their entry in our championship,” declared NWES President-CEO Jerome Galpin. “This is another step to continue to develop the Series and provide the best career opportunities to all our drivers.

“I am really excited to go run in the Euro NASCAR Series,” Garcia said. “This is something I have been looking to do for a long time, but the opportunity never showed up until now.

“Racing in Spain makes this even more special since it is one of my favorite places to visit, and I have friends living there that can come watch me race. I’m really excited and counting the days to get on the flight to Valencia.

“This is a great opportunity to show fans in Europe how good the competition is in both series and it will be fun to see where I’m at against other drivers.”