The NASCAR Nationwide Series team of Rusty Wallace Inc. announced on Friday that it is on temporary hiatus. In 2011 the organization fielded the No. 66 Toyota for Steve Wallace, a son of team owner Rusty Wallace, and the No. 62 Toyota for driver Michael Annett.

"This was a tough decision to make, but it was the prudent one from a number of perspectives," Rusty Wallace said. "While we had several great partners, such as Pilot Flying J, on board for 2012, we just didn't feel like we had enough sponsorship in place to accomplish all our goals."

"We're working hard on an exciting program for Steve.

Most of the primary sponsorship on the No. 66 car driven by Steve Wallace came from 5 Hour Energy. In 2012 5 Hour Energy makes the move to the Sprint Cup Series as the sponsor of the No. 15 Michael Waltrip Racing Toyota driven by Clint Bowyer.

"Nearly all of our current partners are staying on board with us to support Steve in 2012, and we're really grateful for their support," Rusty Wallace said. "We're working hard on an exciting program for Steve and hope to have an announcement on his plans soon. We're all very excited about working with our great group of sponsors both this year and well into the future."

According to a press release from the team, RWR is in the process of helping the younger Wallace find other racing opportunities for 2012. While Rusty Wallace Racing will not put a Nationwide car on the track during this time, the organization will still be in operation. The team will manage Wallace's racing career as they rebuilds in an attempt to get back on the track.

The organization's other driver, Annett, however, has been released from the organization. Annett is in search of a team to race for. Wherever he ends up, he'll take his sponsor, Pilot Flying J, with him.

Both RWR drivers finished in the top-10 of the Nationwide Series driver points standings in 2011, with Annett finishing out the season in the ninth spot and Wallace wrapping up the year in the 10th. The two teammates matched each other in top-10 finishes last year, each with seven. Two of Wallace's seven top-10s were top-five finishes. Neither driver has a career win in NNS competition at this point. 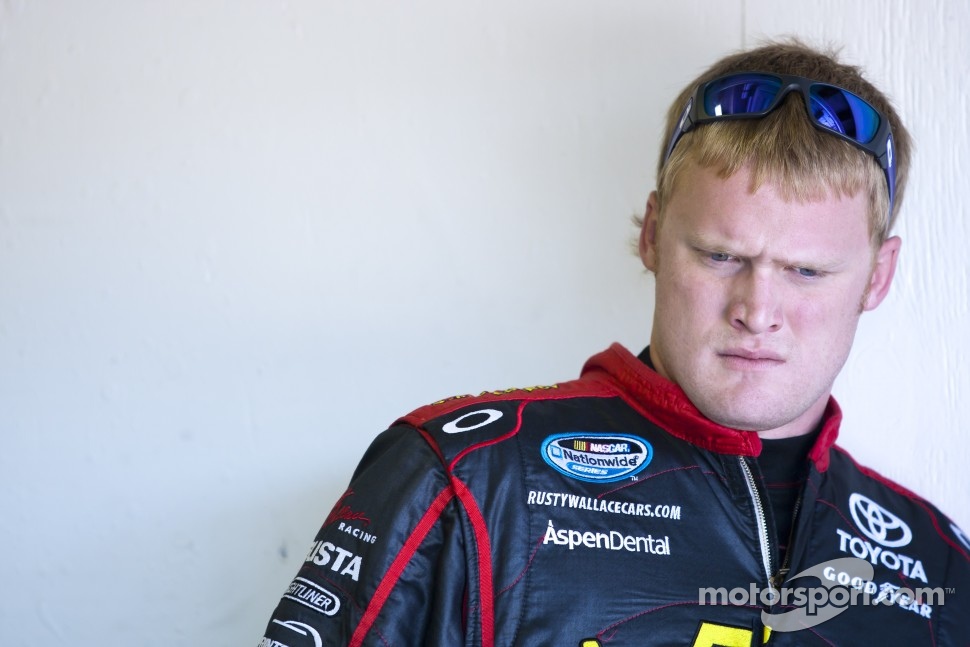 Three playoff contenders in the NASCAR Xfinity Series were taken out in a huge nine-car wreck at Texas Motor Speedway on Saturday.

On much older tires, Noah Gragson fended off a furious charge from Brandon Jones and held on to win Friday night’s NASCAR Xfinity Series race at Bristol (Tenn.) Motor Speedway.

The playoff grid is set for the 2022 NASCAR Xfinity Series championship battle.