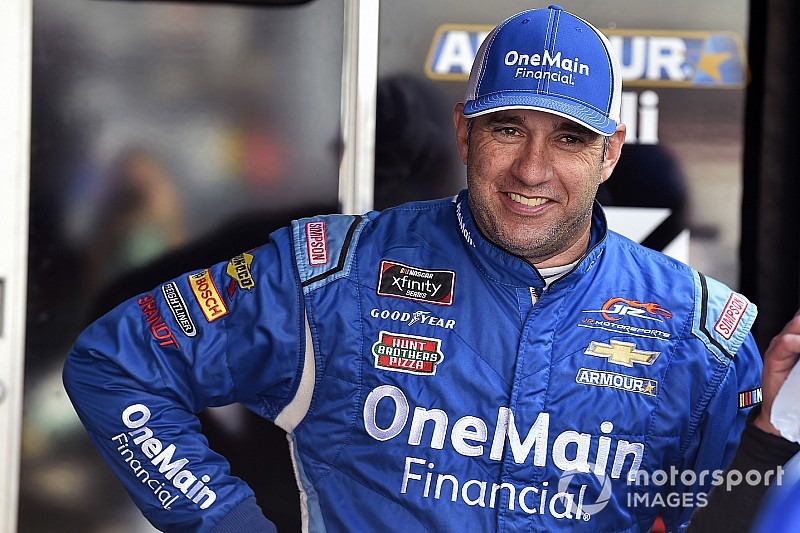 There will be a few tears shed and some hugs and kisses and handshakes and pats on the back and all that will happen before the race gets under way.

Elliott Sadler, native son, returns for one more shot at Richmond glory, a track favorite chasing a championship while also starting to say his goodbyes.

“This weekend is going to be emotional, I’m not going to lie,” Sadler, a native of Emporia, Va., said during Tuesday’s media day activities for the NASCAR Xfinity Series. “I was at Richmond Raceway a couple of weeks ago looking at everything they are doing in the infield. They’re going to do a cool pre-race deal with my kids which is probably going to be pretty emotional for me. I have a lot of family and friends coming to the race this weekend because it is my last race at Richmond and it is the playoffs. So there is a lot going on.”

Richmond officials are wrapping up a $30 million infield renovation project. Friday night’s Go Bowling 250 is the opening race for this year’s seven-race playoff.

Sadler, 43, grew up in Emporia, Va., located about an hour and 20 minutes south of the race track and his second career start in the series came at the three-quarter mile track in 1995.

Last month, he announced this would be his final season of full-time competition in NASCAR. His time behind the wheel of the familiar No. 1 Chevrolet fielded by JR Motorsports is coming to an end.

“I’ve got to be smart but I also would love to win at this race track and I know this is my last chance at it,” Sadler said. “I am probably more nervous about going to Richmond trying to win this race than I am trying to make it to Homestead (for the championship) at the moment.”

Sadler has won Cup races with the legendary Wood Brothers and team owner Robert Yates. He has driven for Ray Evernham and Richard Petty and Richard Childress and Joe Gibbs.

You can find most of those names and faces in NASCAR’s Hall of Fame.

“I was at a sponsor dinner the other night in Las Vegas and somebody came up (from behind) and grabbed me on my shoulders,” Sadler said. “I turned around and it was Richard Petty. He was like ‘Hey, how’s it going champ?’’

Sadler’s sponsor group was impressed. So was Sadler.

“They were all blown away and I was like, ‘That was Richard Petty. Isn’t that cool?’ But that’s the kind of guy he is.”

Sadler is one of only a handful of drivers who have won both races and poles in all three of NASCAR’s national series – Cup, Xfinity and Camping World Truck. He’s proud of that and also proud that fans voted him the series Most Popular Driver on three occasions.

Some of his 13 wins in the Xfinity Series came at places the series no longer visits. Nazareth and Myrtle Beach and Rockingham … legendary stops for a series that was proud of its origins. And Sadler was just as proud that he will exit being one of the lucky ones who won at those tracks.

He’s also won at Phoenix and Talladega and those are two of the final seven stops so don’t count him out of this year’s championship battle. Sadler has finished fourth or better in the standings seven out of the last eight seasons and since 2016, when he joined JRM, he’s finished second, second and third in the standings.

A title isn't everything

He’s put 20 years of his life into the sport and if he doesn’t win the championship this year, he admits it will leave a scar. But, he said, it won’t “define me as a dad and a person.”

“My kids don’t give a crap if I won a championship or not,” Sadler said of his young son Wyatt and daughter Austyn. “They only care about the time I’m spending with them and the things we are doing together. It’s not a big deal to them.”

Spending more time with his family is what fueled his decision to step down. That and his work with less fortunate kids through sports and fitness.

But stepping down is down the road. There are still races to be run and a championship to chase.

To not be a favorite among the field of 12 is a relief this time around.

“I actually feel better because we know it’s my last one,” Sadler said. “We can throw caution to the wind. We can take chances and be aggressive and we can do what I tell my (ball) players all the time, we’re going to leave it all on the field.”

Or in this case, all on race track.