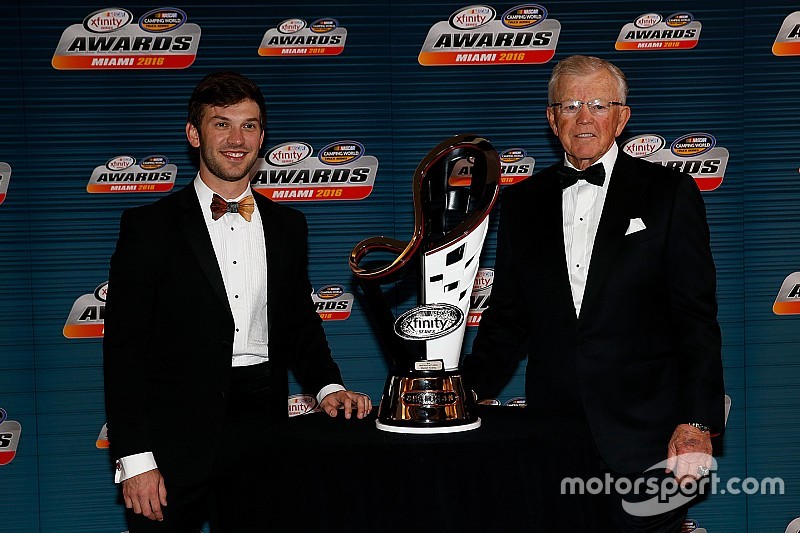 NASCAR Drive for Diversity graduate reflects on his championship season in 2016.

Daniel Suarez’s name its already in the record books of NASCAR as he became the first foreigner to win the NASCAR Xfinity Series championship.

He not only was the first foreigner to win a championship in one of the three national series, or the first Mexican to do it, but also because he is the first NASCAR Mexico graduate getting this kind of success.

Suarez started his career in karting, but on his way he discovered the stock car world, where he began the ascent going thru the preliminaries of NASCAR Mexico, and then to the top series in the country and then go to the United States, where after five seasons competing in the NASCAR regional and national series finally collected the Xfinity Series title.

“It feels good to be a champion," Suarez said. "I think the work, sacrifice, not only mine but from a lot of people that are behind me in Mexico and the States since I was 10 years old and that time when I was 17 and decided to move to the States is paying back."

The price for this title it's a lot of sacrifices. There were lots of things, like for example, living away from my family, living in another country and arriving with nothing, without friends, without speaking English, without sponsors. All of it was difficult, but when you have challenges and difficult moments its when more value things have when they have more flavor, and when you are more hungry”

I really missed my family, but I had a dream and I wanted to live it. We only live once and I had to do it in that moment. I wanted to do it now before I got any older. So if it wasn’t now, I would never done it.

While other foreign drivers tried to adapt to NASCAR in the past, few came close to doing what Suarez accomplished. For him, the key to been accepted in the NASCAR family was “Humility, been humble with all the people. But also be thankful, and at the same time have the results.”

Now with his first title, he hopes that this will open the frontiers that some foreign drivers consider impossible to open or win in NASCAR if they are not from the United States.

“Off course it's hard (to win) and someone told it to me from the first time I was here and that’s true," Suarez said. "That was said because there were no foreign drivers that were successful at the national series level, but the opportunities have been there, you just need to know how to work them, work them well and be dedicated.”

With the championship in hand, one would think that Suarez would have to go up to the Cup Series, but for now, there is no certain plan and the Xfinity Series champion will think and look at all options while on his upcoming on his vacation to clear the picture.

“I don’t know yet," he added. "I just concentrated in this year and I didn’t think about the future. I’m a person who thinks if you work the present, the future will fix itself. I think this championship and what happened at the last race will help a lot. I'm sure that everything will be okay.”

The qualities of the Mexican driver have been noticed by other teams, and Joe Gibbs Racing is interested in bringing his first opportunity at the Cup. For

For now there is talk of a seven-race project at NASCAR’S top series for 2017 with JGR.

Daniel Suarez won the title in the last race of the Chase at Homestead-Miami Speedway where he also got his third victory of the season.

“I didn’t expect to win the championship in two years," Saurez said. "I dreamed about it but didn’t expect that it would come that fast. We worked so hard to get it. The race isn't over until you take the checkered flag, but when I passed that white flag, I was almost celebrating. When I exited Turn 4 I realized nobody could stop me and saw the victory."

Spencer Gallagher moves up to Xfinity Series with GMS Racing