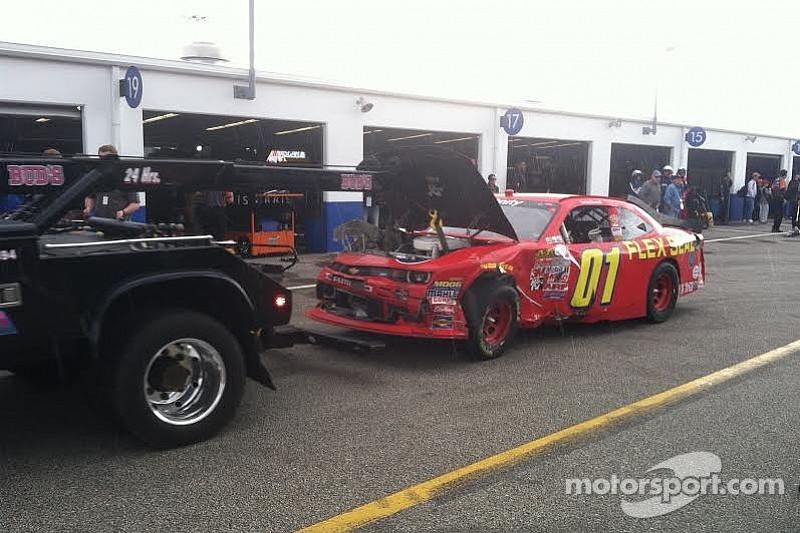 Multiple cars were destroyed in this accident.

There has been in accident during Cup, Truck, and now the XFINITY qualifying sessions, adding fuel to the debate that this is not the right format for these plate tracks.

This crash took place as a group of cars raced to the line at different speeds. After a lot of moving around, Daniel Suarez lost control off the nose of another car and carnage ensued. At least five cars suffered a significant amount of damage with another couple involved. Daniel Suarez, Landon Cassill, Blake Koch, Harrison Rhodes, Tanner Berryhill, and Carlos Contreras were among those

Talking with Claire B Lang, Contreras called the impact the hardest of his 26 year career.

"We've got a lot to do to make sure we can get a good product without risking the safety of the drivers."

Koch also spoke with Motorpsort.com, "You had a huge group with cars that were slow, a couple single cars, a pack, and then it all collided at once."

Brennan Poole is diving into the deep end