Tyler Reddick: "My confidence is higher than it's ever been"

Tyler Reddick isn’t even halfway through the 2019 NASCAR Xfinity Series season and he’s already put in a championship-like performance. 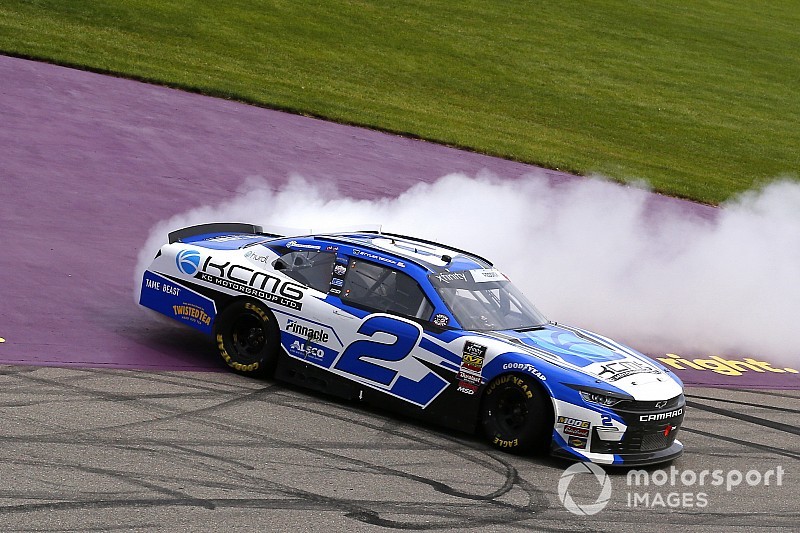 Reddick’s fuel-mileage win at Michigan International Speedway on Saturday was his third series win in the last five races, tying him for the most this year with drivers Christopher Bell and Cole Custer.

Even more impressive for the reigning series champion is the phenomenal body of work he’s already amassed just 13 races into the 33-race season.

Reddick now has 11 top-five and 12 top-10 finishes in 13 starts. His worst finish so far is a 14th at Las Vegas Motor Speedway when he was collected in a late-race wreck.

Reddick already has more top-five finishes then he earned all of last year (seven), when he won the series title. The 2017 series champion William Byron had 12 top-five finishes in his entire season while 2015 champion Chris Buescher amassed 11 in his title year.

Entering this weekend’s race at Iowa Speedway, Reddick holds an 89-point advantage over Bell in the series standings. Custer is third, 117 behind Reddick. Only one other series regular – Michael Annett – has won a race this year.

“Knowing as fast as we were at Daytona and how Vegas went – we were as good as Kyle (Busch) and Christopher in that race – to be that good in every single race, my confidence is just higher than it’s ever been before,” said Reddick, who moved from JR Motorsports to Richard Childress Racing in the offseason.

“Even when things don’t go our way, we’re still having fun. If we have a bad (pit) stop or slide through (the pit), we’re not freaking out; it’s not the end of the world because we know we’re good enough as a group to get back up there even against the most adverse odds.

“We lost power steering at Richmond and we got faster. We hit the wall running single-file all by ourselves at Talladega and still came back and won it. Adversity doesn’t really seem to hurt us that bad.”

Even in Saturday’s victory, Reddick overshot his pit stall early in the race which cost his No. 2 Chevrolet team valuable track position.

But by the end of the race, his crew chief, Randall Burnett, devised a strategy to try to stretch their fuel the final 47 (of 125) laps and outlasted Noah Gragson for the win.

“It’s pretty crazy to think if we start up front at Daytona, it could have been a different race for us and we could have won right off the bat,” Reddick said.

“It’s also very crazy to think if we didn’t wreck at Vegas, where we would have finished and how many more top-fives we would have right now.”

Burnett said he believes the No. 2 team works so well together because they like to have fun.

“He slid through the box that first pit stop a little bit and instead of making a big deal out of it, we just asked him if he could reach the brake pedal,” Burnett said. “Just teasing a little bit.

“We like to have fun but we also take it very seriously. Tyler has done an incredible job this year and his feedback has been great. It helps to get us where we need to be during the weekend.”