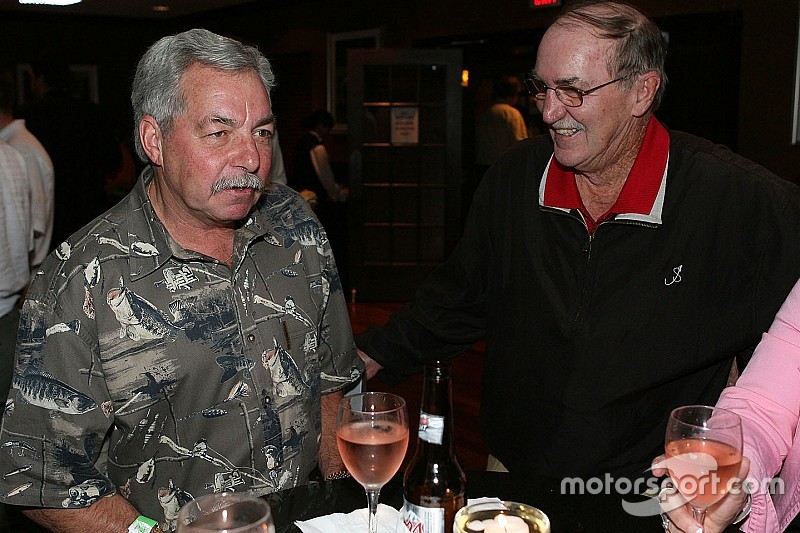 Taking time to catch up with one of the charter drivers of NASCAR's secondary series.

In the world of NASCAR, there have been certain drivers that fans could mention and there’s an immediate connection with that driver and the series they competed in during their careers.

In the case of Tommy Houston, fans will immediately relate him with the NASCAR Xfinity Series, or in his case one of the founding competitors of what was known for decades as the NASCAR ‘Busch Series’.

At the time of his retirement from full-time driving in 1996, Houston was the all-time record holder for starts in the NXS (417) and was always one of the most popular drivers in the series that got its start mostly on short tracks throughout the East Coast of the United States.

As part of the ‘Where are they now series’ Houston took time at his home in Hickory, N.C. to talk about his days in NASCAR and allow fans catch up with the driver who helped shape what is now become NASCAR’s No. 2 racing series.

“Well I spend a lot of my time watching races and volleyball games that my grandchildren participate in right now,” said Houston, sounding more like a proud grandfather than former stock car driver. “Martha and I just do our best to support our family and especially our grandkids whenever we get the chance.”

Racing family from the start

Houston comes from a racing family, getting his start at Hickory Motor Speedway racing along with brothers Hal and Ken Houston back in the 1960’s.

Houston won his first Hobby Stock Division race and championship in 1967 that started a driving career that lasted three decades.

Houston collected 24 wins in the NXS through his career and was the first driver in the history of the series to reach 300, and later, 400 career starts – finishing with 417.

While Houston built his reputation as a successful driver on the short tracks – all 24 series wins on configurations under a mile in length – he was also capable of racing hard on the bigger tracks. Houston still owns the NXS track qualifying record at Daytona International Speedway of 194.389 mph set in the season opening race in 1987.

“One of the proudest accomplishments of my career was being able to include my family and have Martha and the boys a part of it the entire time,” added Houston. “I guess you could say we raised our boys in the pits of tracks up and down the East Coast.”

Houston’s three sons – Scott, Marty and Andy – all worked with their parents on the cars with the eldest, Scott, later serving as crew chief of the team. All three would also race at Hickory Motor Speedway at some point in their driving careers with Marty and Andy joining their dad as a track champion.

Scott is out of the sport now living in Florida while Marty and Andy – who both enjoyed successful driving careers of their own – work at Richard Childress Racing with Marty working in race shop and Andy serves as Austin Dillon’s spotter on race weekends.

When asked about his favorite wins of course he mentions his home track – Hickory Motor Speedway where he won a record 8 times – but there’s another track he loved winning at during his career.

“I always think back to my three wins at Martinsville Speedway,” said Houston. “Those were big events for the series back then and it always meant a lot to win there.”

His first win in the series came in the second event in its history and first on a short track at the old Richmond Fairgrounds in 1982 and his final win, appropriately enough, came at Hickory in 1992 on the same weekend his father passed away.

That weekend was bittersweet in that we lost dad and came back from starting at the rear of the field to win at Hickory,” Houston said. “That was a win I’ll never forget.

Many fans know of Houston’s accomplishments on the track, Houston was also instrumental in helping some of the best known crew chiefs in the sport today get their start in NASCAR.

Maine native, Richard ‘Slugger’ Labbe met Houston’s oldest son Scott who asked his parents if the young mechanic could catch a ride back to North Carolina to get into NASCAR full-time. Labbe now serves as competition director at Richard Childress Motorsports.

“Slugger was brave that’s for sure coming down to North Carolina with no job or place to stay,” said Houston laughing. “He would up staying with us for about six months in our extra room in the basement and helping us out until he got on his feet and get a place of his own.”

Another crew chief who started working with Houston’s team was a young Alan Gustafson from Florida.

The elder Houston knew the young engineer would have a future in the sport as well and that thought proved true as Gustafson continues to serve as crew chief on the iconic #24 at Hendrick Motorsports now driven by Chase Elliott.

“Alan had his first NASCAR job with us and what I remember most about him was how well he was always organized at a young age and always looking out for every little detail in preparing a car.”

Another well-respected crew chief in the business is Wes Ward who also helped Houston back in the day and also raced at Hickory Motor Speedway.

Houston still remembers some of the great times he had with fellow competitors and quick points out that the drivers were a close-knit group, but they would race you as hard as anybody and he rarely got upset with too many drivers but when he did it didn’t matter who it was.

“I think the maddest I ever got was when I was racing Dale (Earnhardt, Sr.) at Indianapolis Raceway Park one year,” he said. “Dale always raced you hard and you knew that, but that night he got into me and then I hit hard and wound up breaking some ribs. I wasn’t too happy with him.”

Earnhardt was part of the Houston family after marrying Houston’s niece, Teresa.

Houston added that he thought the late Butch Lindley was one of the best drivers he ever competed against that didn’t make it to NASCAR’s top tier. Lindley would later die from lingering injuries from a race accident in Florida in the late 1980’s.

“If he would have gotten in some of the good equipment back in the day I’m sure he could have won a championship,” Houston said. “He was a lot of fun to be around and it was a bad deal he got hurt and later died. He could drive a race car.”

Throughout his 15-year career in NASCAR’s No. 2 series, Houston said the one thing that remained consistent was the fans and their support.

“We had some really good years and a lot of success on the race track,” Houston added. “I can’t thank the fans enough for their support through the years. I was really fortunate to get to do what I loved to do for a living for a long time.”