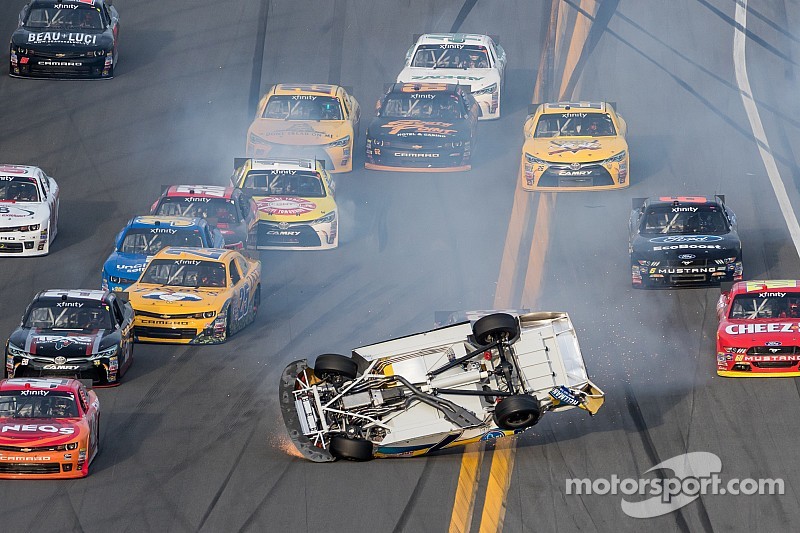 Regan Smith goes for a wild ride in the series opener at Daytona.

DAYTONA BEACH, Fla. – Regan Smith flipped out – literally – after Daniel Suarez launched the No. 7 Chevy down the fronstretch at Daytona International Speedway on Saturday.

"I saw the 18 wrecking, then wrecking again, then wrecking a third time and there was really nowhere I could go coming off the corner," Smith said after he was seen and released from the infield care center. "I was as low as I could get right there...It's disappointing.

"We had a fast Hellman's Chevy and we were in position to win the race."

As the pack was coming off of Turn 4 and into the tri-oval, Kyle Larson tapped the back of the No. 18 of Suarez and collected 10 other cars in the process including Chase Elliott, Chris Buescher, Ryan Sieg, Justin Marks, Brendan Gaughan, Chad Boat, John Wes Townley, Austin Dillon, Scott Legasse Jr. and David Starr.

NASCAR red-flagged for the race for 24 minutes, 45 seconds to clean the track.

Ryan Reed was leading the race at the time of the wreck.