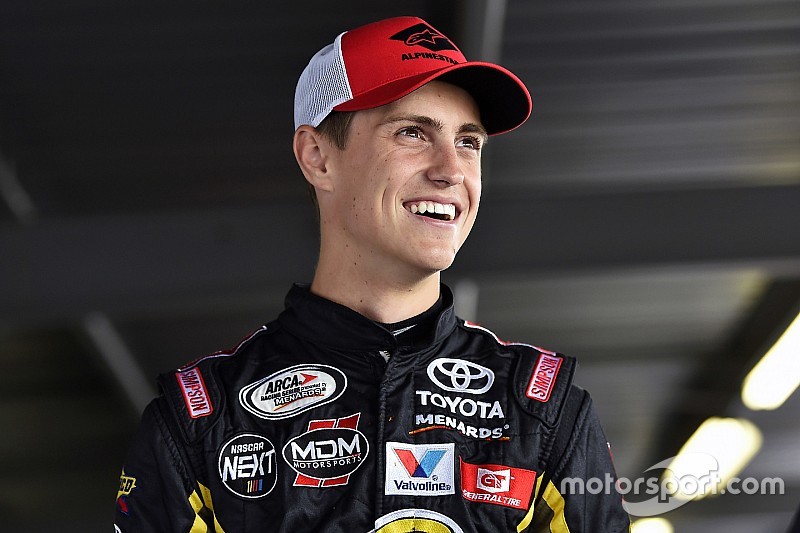 NASCAR Next driver Zane Smith will compete part-time next season in the Xfinity Series with JR Motorsports.

Smith, the 2018 ARCA Series runner-up, will drive the team’s No. 9 Chevrolet in a minimum of eight races spread throughout the 2019 Xfinity Series season. His first race will be the March 2 at Las Vegas Motor Speedway.

“Zane is going to be an important part of the lineup for the No. 9 team next year,” said Dale Earnhardt Jr., co-owner of JRM. “It’s a great opportunity for him. The team is going to take on a different feel with a handful of drivers taking turns throughout the year, but the goal remains the same - to help these drivers gain experience and continue to advance their careers.

“We started the Xfinity program with that mindset and it’s something we’re proud to continue.”

Smith, a native of Huntington Beach, Calif., made ARCA history this year with the closest finish in the series’ history at Talladega (Ala.) Superspeedway edging Joe Graf Jr. in a photo finish with a 0.0029 second margin of victory.

Smith started racing BMX, before moving to go-kart racing in 2004 and won championships in five consecutive years before jumping to Legends Car racing and eventually Super Late Models in 2015. He earned a runner-up finish in the coveted Snowball Derby race later that year.

“I’m super pumped to be a part of JR Motorsports with the No. 9 team for eight races,” Smith said. “I’m counting down the days until Las Vegas, which will be my debut in the Xfinity series. I can’t thank The Cosmopolitan of Las Vegas enough for making this happen, along with all of my other partners who have gotten me this far.

“Having Dale and Kelley (Earnhardt-Miller) as bosses and to lean on is going to be awesome. They are huge icons of the sport. It is unreal to be a part of their team, so I’m just going to try and take it all in.”

Additional drivers for the No. 9 team, along with the crew chief and sponsor partner lineup will be named at a later date.

JRM will field three other fulltime teams in 2019 – Noah Gragson in the No. 1, Michael Annett in the No. 5 and Justin Allgaier in the No. 7.