A Glimpse into the future: 'NASCAR Next' drivers take center stage 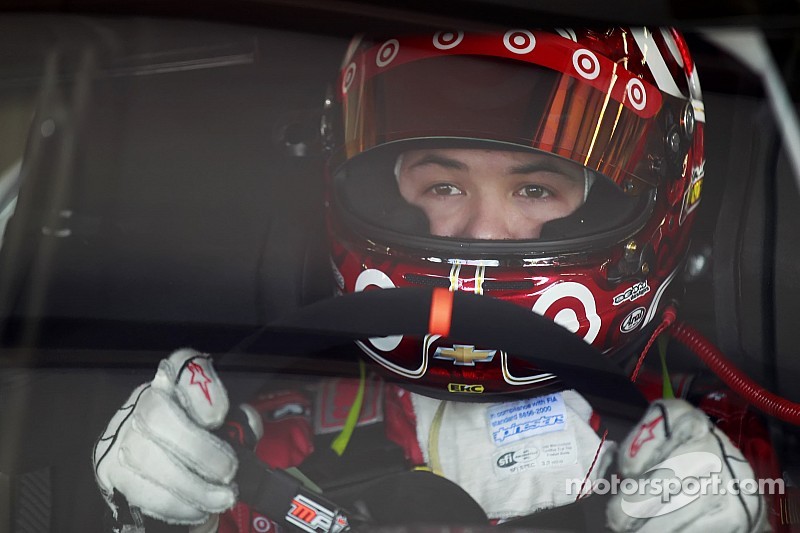 The 2014 class gathered Wednesday at the GoPro Motorplex.

What do Kyle Larson, Chase Elliott and Dylan Kwasniewski have in common with the likes of Kenzie Ruston, Brandon McReynolds and Ryan Gifford?

They’ve all been members of the NASCAR Next program that helps promote young drivers in NASCAR’s national and touring series. Larson, Elliott and Kwasniewski used it as a springboard to bigger and better endeavors in stock cars, while the likes of Ruston, McReynolds and Gifford are part of a talented 2014 NASCAR Next class that hopes to do the same.

The 2014 class gathered Wednesday at the GoPro Motorplex in Mooresville, North Carolina, for a day of fellowship, meeting and talking with the media – and racing go-karts against each other and the media in a friendly, yet competitive environment.

“It’s very humbling that they even picked me to be in the program, to tell you the truth,” said Ruston, 22, the only woman in the group. “When you look at how much success Kyle Larson and Chase Elliott and Dylan Kwasniewski have had, and how many other people have been in this program and gone on to be very successful, I just think it’s very cool to be able to be a part of it. I just hope that one day I can be a respected alumni of this program like they all are. This program has definitely helped my career a lot over the last two years.”

Ruston finished sixth in last year’s K&N Pro Series East standings and has scored top-five finishes this season at Five Flags and Langley. The native of Reno, Okla., has the highest finish – both in a race and in the championship standings – for a female driver in K&N Pro Series East history.

McReynolds, the son of former championship crew chief Larry McReynolds who is now a respected NASCAR television analyst, said that the Next program helps young drivers develop in a number of ways.

“The Next program, with Chase Elliott and Kyle Larson and Dylan Kwasniewski and Corey Lajoie having gone through it and gone on to become so successful at whatever they’re doing, I think NASCAR likes to point that out. ... To be part of that Next group is humbling,” said McReynolds, who has starts in four different NASCAR series and presently is third in the K&N Pro Series West standings. “I think this group we’ve got now, they’re all good race-car drivers and they’re good at speaking with the media and representing sponsors – and those are the tools that NASCAR Next lets you try to build on, so you’ll be successful at the next level.”

Now in its third year, the program features 12 drivers actively competing in a NASCAR touring or weekly series selected through an evaluation process that included input from industry executives and veteran racers. Its goal is to spotlight a group of young competitors who will resemble the “face” of NASCAR into the next decade.  They represent diverse backgrounds and each has a unique story to tell – as well as the talent worthy of a being a NASCAR Next selection.

The 2014 participants range in age from 16 (Custer and Gaulding) to 25, making Gifford the “old guy” of the bunch. Gaulding joked that he recently had to go through a driver’s education class to get his regular driver’s license.

“Yeah, it was kind of weird,” said Gaulding, who is the youngest pole winner in both the K&N Pro Series East and the K&N Pro Series West, and is competing in select Camping World Truck Series races this season. “Here I am going 180 (miles per hour) on weekends, and then during the week I had to sit through a driver’s ed class. It was OK, though. I read through the book – and I had a pretty girl sit beside me, too, while I was doing it.”

If you get the idea that the members of the 2014 NASCAR Next class enjoy being around each other, that would be correct. Gifford, also a member of the NASCAR Drive for Diversity program who is in his second year as part of the NASCAR Next program, said it has been a great experience that he believes will help him in many ways as he attempts to forge a career in the sport going forward.

“It’s been fun. I’ve had a lot of opportunity to meet great people and make great friendships,” said Gifford, who has won at Richmond in the K&N Pro Series East and also driven in the Nationwide Series. “A lot of times when we’re at the race track, we don’t get to talk. We’re so busy focused on what we’re trying to do and trying to win races that we don’t really have time to talk or hang out.

“This gives us an opportunity to hang out and be friends outside the race track. Then we go race hard against each other when we get there. To work as hard as you have to in this sport to even get to this level, it’s nice to be recognized like this. It’s nice to be recognized in a group that has included guys like Kyle (Larson) and Darrell (Wallace Jr.). That’s really cool.”

Vilarino leads NASCAR Euro the field at the Nurburgring