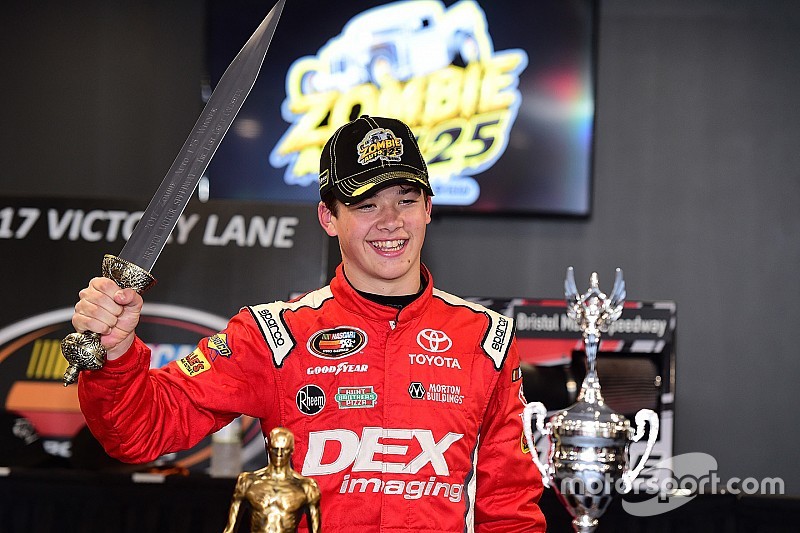 Sometimes it's better to be lucky than good, however, Harrison Burton was both on Saturday at Bristol Motor Speedway.

"I was pretty excited to come back and get the win," Burton said. "I was confident here in myself and my team to run well here and I've circled this race on my calendar since last year."

The race was called after 70 laps when rain began falling forcing track and NASCAR officials to call the race official.

For Garcia the finish is a testament to the work done at REV Racing.

"The guys at the shop have been working very hard and gave me a fast car to race in today," Garcia said. "I think this is just a sign of things to come for our team this season."

2014 winner of this event Eddie MacDonald completed the top 10.

The K&N Pro Series East returns to action on May 6th at South Boston Speedway.