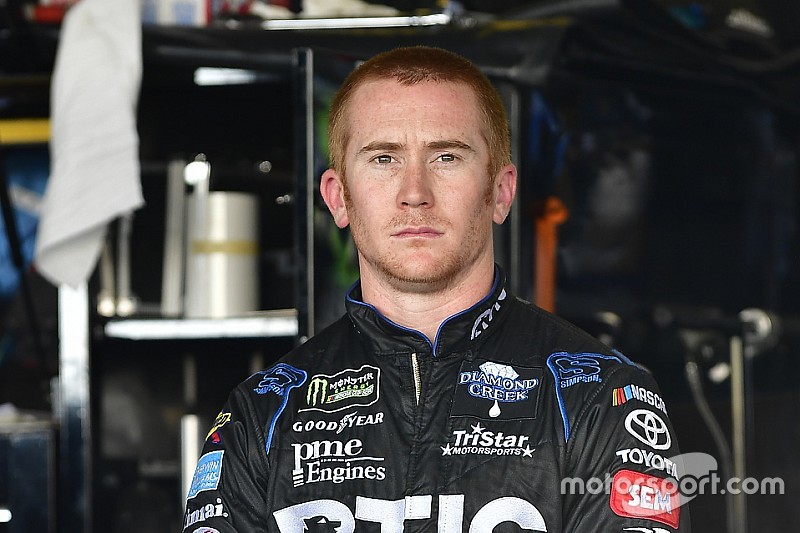 The 2008 USAC National Midget champion Cole Whitt has hung up his helmet after 242 NASCAR races including 161 in the Monster Energy Cup Series.

The 27-year-old from San Diego, CA, had warned TriStar Motorsport preseason that he wanted to throttle back on his commitments, resulting in him making just 13 starts this year in the #72 car he shared with Corey LaJoie.

Last Sunday’s event at ISM Raceway in Phoenix was the last of these.

The following year he racked up 17 wins for the legendary Keith Kunz across Silver Crown, Sprints and Midgets.

In 2010, Whitt moved into stock cars and finished fourth in the K&N Pro Series East championship with a handful of top five finishes, and in with Turn One Racing took ninth in the 2011 NASCAR Camping World Truck Series with two top-three finishes. A fulltime ride with JR Motorsports in the Xfinity Series in 2012 produced a remarkable 14 top-10 finishes and seventh in the championship, but at the Cup level, his time spent with Swan Racing, BK Racing and Front Row Motorsports was largely wasted.

A relationship with TriStar which began back with a part-time ride in 2013 in the Xfinity Series was renewed last year at Cup level, but the highlight was a 12th place finish in the Brickyard 400.

Last month, explaining his wish to wind up his racing career, Whitt told Frontstretch.com that he aimed to “get away from racing and move back to be around family and friends and to live a normal life. That’s been a drive for the past couple of years.”

Following last Sunday’s race, TriStar put out a statement on social media, stating: “Today’s race at ISM Raceway not only marked Cole’s last race with us for the 2018 season but the last of his career as he has elected to hang up his helmet and step away from life behind the wheel.

“THANK YOU Cole for your many contributions to our team as a competitor and a friend. Thank you for always remaining solid and steadfast through the good times and the bad times. Thank you for caring, for the many laughs and memories we’ve shared and most of all, thank you for being YOU! You will ALWAYS be a valued member of our TriStar family and you will be missed. All the best to you, Kendra and your family.”

Linda Pobst to race in finale at San Degio

Johnny O'Connell to drive for Cadillac at Road Atlanta

Linda Pobst to race in finale at San Degio

Johnny O'Connell to drive for Cadillac at Road Atlanta