Custer comes up short in bid to win at Watkins Glen 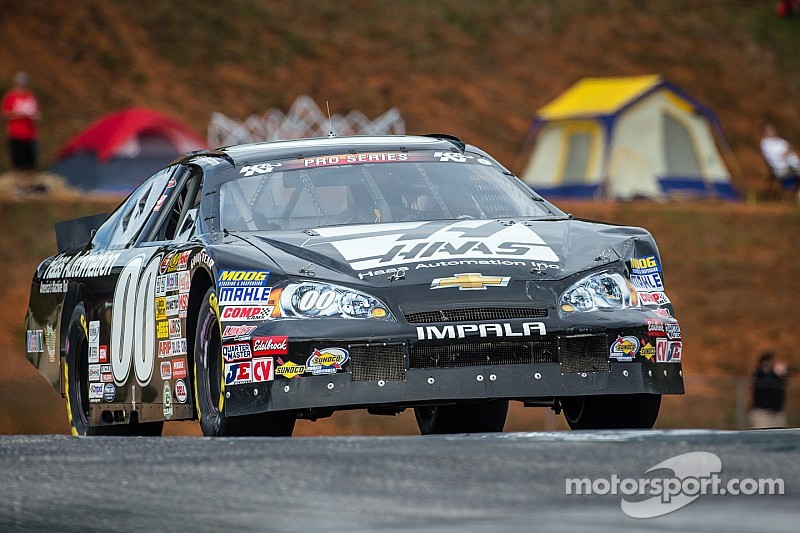 The 16-year-old from Ladera Ranch, California made his move for the lead coming to the checkered flag, but skidded into the sand barrels at the entrance to pit lane. Scott Heckert went on to take the win.

While Custer ended up 16th in his No. 00 NAPA Auto Parts/Haas Automation entry, the other two Bill McAnally Racing entries both finished in the top 10. Ryan Reed was seventh in the No. 99 Drive To Stop Diabetes presented by Lilly Diabetes entry and Nick Drake was 10th in the NAPA AUTO PARTS Toyota.

Custer, who was fastest during the first round of practice early in the day on Friday, started 11th on the grid. He steadily worked his way to the front – moving to seventh by Lap 10 and third on Lap 21. Ten laps later, he charged into second and then shadowed the leader around the winding 2.45-mile track.

Back-to-back cautions late in the event set up a green-white-checkered finish and extended the race distance to 53 laps. Custer tried for the win coming out of the final turn, heading for the checkered flag – but lost traction and slid into the sand barrels.

For Custer, a member of the NASCAR Next program that spotlights NASCAR’s rising stars, his best series finish on a road course was fifth last year at Road Atlanta. He is competing in select events in the East and West divisions of the K&N Pro Series this year – while running a limited schedule in the NASCAR Camping World Truck Series.

Reed, a rookie this season in the NASCAR Nationwide Series, was making his fourth career start in the K&N East and first with BMR on Friday. Starting 20th, he quickly up and was in the top 10 by Lap 17. The 20-year-old from Bakersfield, California battled through the second half of the race to work his way up to a seventh-place finish.

Drake, in his rookie season in the K&N East, suffered a setback early in the race when he lost second gear in his transmission. Although he initially faded, nearly dropping out of the top 20, Drake worked his way back into contention for a solid finish. He moved into the top 10 in the final laps.

“He drove a great race and made up for what the car didn’t have,” said veteran crew chief Dave McCarty.

Drake, 18, of Mooresville, North Carolina, is second in the chase for the Sunoco Rookie of the Year Award and eighth in the overall championship standings in the K&N East. He has one pole, three top-five and seven top-10 finishes in 13 series starts this season.

The Bully Hill Vineyards 125 will be televised on FOX Sports 1 on Aug. 17 at 10 a.m. ET. It was the 15th series visit to the Glen, but the first trip to the historic track since 2009. It marked the first of two back-to-back road course events on this year’s schedule and the second of three consecutive weeks of racing for K&N East.

The series heads to Virginia International Raceway in Alton, Virginia for the Biscuitville 125 on Saturday, Aug. 16.