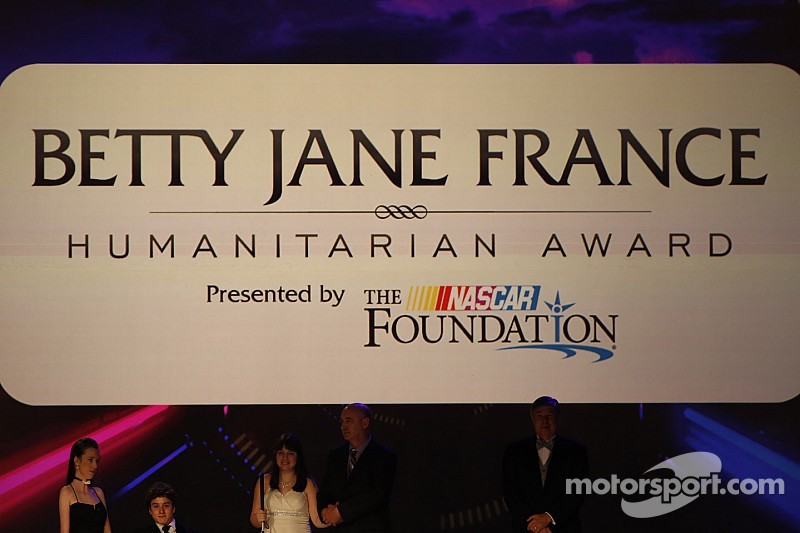 Noltemeyer, one of four national finalists for the award, will receive a $100,000 donation for Best Buddies Kentucky from The NASCAR Foundation, in addition to a 2015 Toyota Camry provided by Toyota, the award’s 2014 Official Car Sponsor. The other finalists will receive $25,000 donations for their respective charitable causes.

“I am so honored [by this award],” Noltemeyer said. “I helped found Best Buddies Kentucky five years ago [and] I want to give back to an organization that has changed my life. I have learned to be a strong advocate for myself and others with disabilities, but most of all, I have made special friendships.

“I want to expand programs to make friendships possible for everyone. It’s like a dream come true to win this award to show the world how much someone with intellectual and developmental disabilities can accomplish.”

The Betty Jane France Humanitarian Award honors the commitment that the foundation’s Chairwoman, Betty Jane France, has demonstrated throughout her life to philanthropy and community service. The award is presented annually to a dedicated NASCAR fan that has made a profound impact on the lives of children in their community.

“Daniel says he is honored by winning the award; I want to emphasize that the feeling is mutual,” France said. “He is a remarkable young man, an inspiration to not only people with IDD, but everyone.

“Daniel was part of a very elite group of finalists this year, a group that NASCAR fans really responded to, as we had the closest voting in the award’s four years of existence.”

In addition to Noltemeyer, the list of finalists included:

· Tammy Anderson-Lee, representing the Autism Society San Diego where she has developed adaptive swimming programs for children with Autism.

· Amber Larkin of Windermere, Florida, founder of the Noah’s Light Foundation, which is involved in the fight against pediatric brain cancer.

Daytona cancels 'Battle at the Beach' for 2015