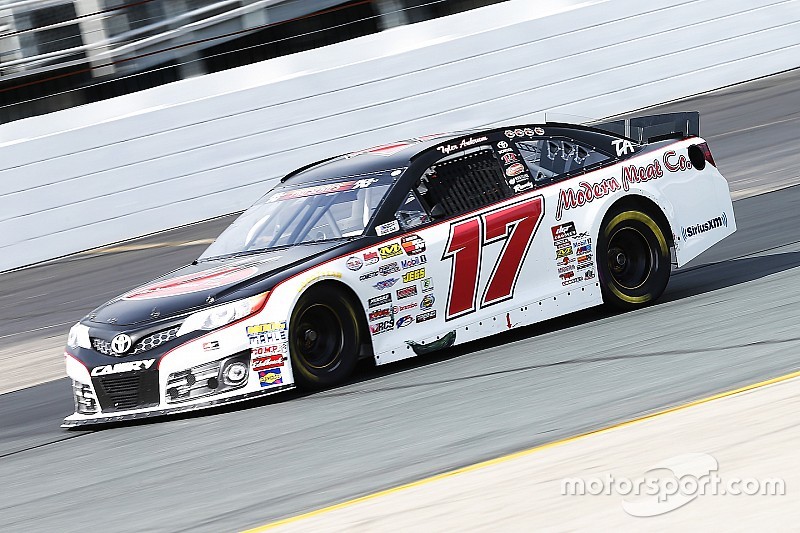 NASCAR has levied a P6 penalty to DGR-Crosley Racing for violating the sport's pre-season testing policy.

The team, headed by David Gilliland and Bo LeMastus, competes in the NASCAR Gander Outdoors Truck Series as well as the K&N Pro Series Series. They also take part in various ARCA events.

Ahead of the 2019 season, they conducted a private test with their K&N car at New Smyrna Speedway. But per the rule book, NASCAR prohibits private testing at sanctioned tracks that are part of the upcoming season's schedule and New Smyrna hosts the season-opener on February 10th.

Both have also been placed on probation until the completion of the calendar year.

But car chief Chad Walters was perhaps hit with perhaps the heaviest penalty. In addition to a $5,000 fine, he has been suspended indefinitely from NASCAR K&N Pro Series East competition.

DGR Crosley are the reigning K&N Pro Series East champions with driver Tyler Ankrum, who will compete with the team in the Truck Series in 2019

The team plans to appeal the penalties and issued the following statement: