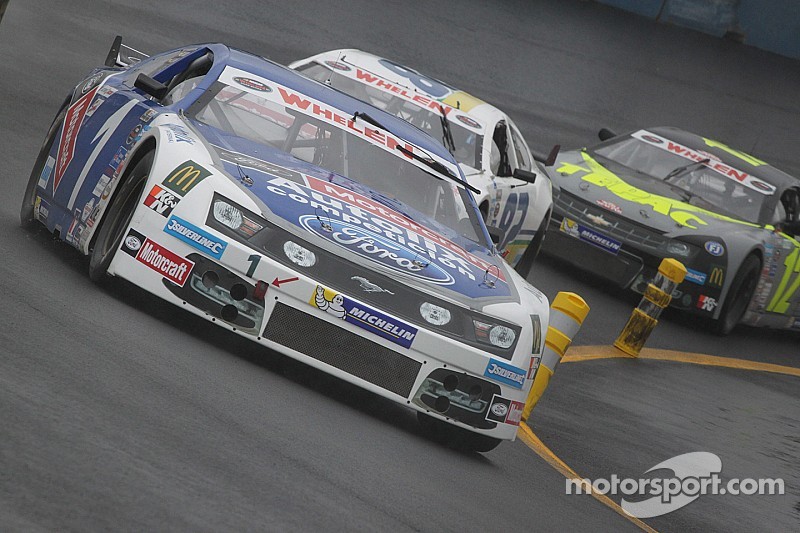 Garcia gets his first win in the series.

"The race has been good since the start. Ander made a mistake, so I went to the inside and passed him. I think he didn't see me make the move, because we had a slight, fair contact. We've raced on the limit throughout the race," said Garcia. "Tomorrow I will have a good start position and if the car works as well as today, we can fight again for the podium and the win".

The Valencia-native sat an impressive pace at the front and maintained a small but solid lead on Vilarino, who despite setting the fastest lap of the race never managed to put enough pressure on the rival and had to settle for second in the three-way battle for the first position that also involved Frederic Gabillon (#12 Still Racing Chevrolet Camaro), third under the checkered flag after 18 laps.

"Borja passed me during the first lap and we had a little contact. His move was fair, so there is nothing to complain or be mad about. It's been a strange race: sometimes he was faster, sometimes I was able to close on him,” said Vilarino. “Thanks to the fastest lap, tomorrow I'll start again from the pole. As for today, Borja won, so I congratulate him”.

The race ended behind the safety car as Didier Bec (#8 RDV Compétition Ford Mustang) went spinning at the chicane, followed by Fabrizio Armetta (#31 CAAL Racing Chevrolet SS), and triggered a caution with four minutes to go in the 30-minutes race.

With today’s win, which is also his fourth top-5 of the season, Garcia moves to third in the championship classification and Vilarino extends his lead on Kumpen to 12 points.  The ELITE 1 Sunday Race will start tomorrow at 10:05 AM CET (4:05 AM ET).

Vilarino leads NASCAR Euro the field at the Nurburgring

Sergio Pena back in victory lane