Another NASCAR-centric driver award has gone to stock-car driver Jimmie Johnson as the five-time Sprint Cup Series champion was named as the second quarter Driver of the Year.

Johnson took second quarter honors after winning at Darlington and Dover, as well as in the all-star event at Charlotte. The award, which has been in existence since 1967, is voted on by a panel of 21 broadcasters and journalists. 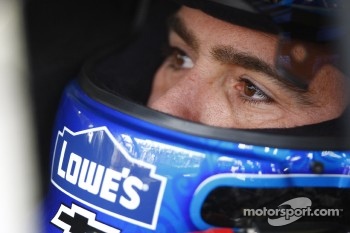 The four winners of the Driver of the Quarter award are then voted on for the Driver of the Year award at the end of the season. NASCAR drivers have won 12 of the last 15 DOTY awards, with only Champ Car titlist Cristiano da Matta (2002), NHRA Pro Stock winner Greg Anderson (2004) and NHRA Top Fuel champ Tony Schumacher (2008) breaking the blockade.