Max McLaughlin may have gotten some help from Mother Nature but his victory was still impressive. 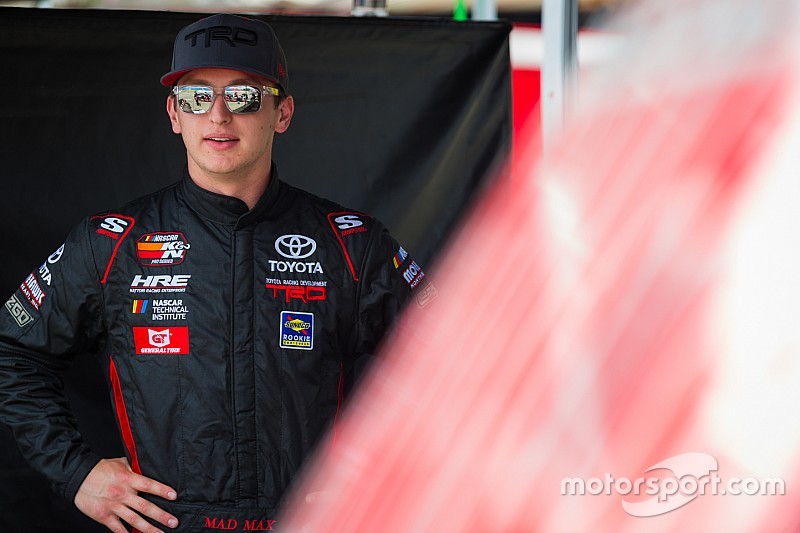 McLaughlin, the 19-year-old son of NASCAR veteran Mike McLaughlin, dominated Friday’s K&N Pro Series East race at Watkins Glen (N.Y.) International and was declared the winner when the race was called after 34 of 41 scheduled laps due to inclement weather.

McLaughlin led every lap and at one point had run out to an 11-second lead. McLaughlin was passed on the track once – by Tanner Gray on a restart – but he retook the lead before the start of the next lap.

The win is Max’s first in the KN East series. He’s in his first season driving for Hattori Racing Enterprises.

“It’s awesome. I qualified on the pole and I wasn’t really sure how to save tires – I’ve never driven a road race before,” McLaughlin said. “It was kind of new to me. But that car was so good that I just sort of ran race, hit my marks and never gave up.

“We got to a comfortable lead and then the rain came. I had a great time. This car was flawless to drive.”

Asked if he was surprised how dominant he was for as little experience he has in asphalt racing, McLaughlin said: “Hell yeah. I was real surprised. A guy like Brett Moffitt won here last year with this team but he was really dominant in the race. He made a last lap pass to win.

“I watched that race a 100 times. I got on the simulator. Toyota helped me a lot. I did some sim time, some iracing at my house and just beat the shifting patterns into my head.”

Chase Cabre, who finished second, said he didn’t think he would have anything for McLaughlin if the race had returned green.

“There was nothing any of us were going to do to beat him,” he said. “Max with that car was just so much better than everyone else. I really didn’t want to see the race go back green because I didn’t think I could do better than second.”

The series’ next race is Aug. 21 at Bristol (Tenn.) Motor Speedway. Mayer led every lap on his way to a victory in the spring race at Bristol.