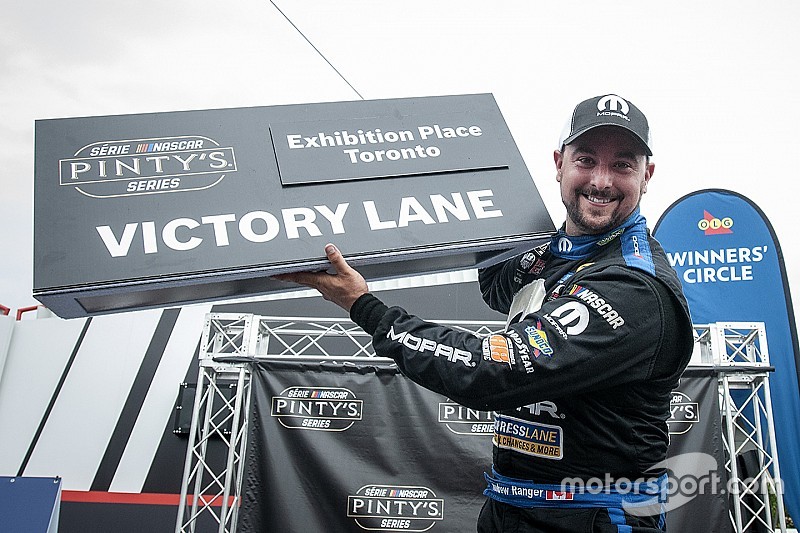 The NASCAR Pinty’s Series will race the streets of Toronto while the Euro Series visits its only oval track of the year at Raceway Venray in the Netherlands and Peak Mexico visits El Dorado Speedway.

It will be a busy weekend for all three NASCAR International series with races in three different countries across two continents.

The Pinty’s Series will join the IndyCar Series with its annual event on the streets of Toronto with the Pinty’s Grand Prix of Toronto.

The Canadian series visits the Toronto road course for the sixth time with three-time event winner Andrew Ranger also the defending winner of this event.

In fact, the top three in the points standings are the only drivers to win in Toronto with current leader Kevin Lacroix winning there in 2017 and third-place Alex Tagliani taking the checkered flag in 2016 after Ranger took back-to-back honors in 2010 and 2011.

While Ranger enters as the favorite to win based on his experience there, Lacroix is off to a great start finishing in the top two in all three races so far this season highlighted by a win in the season opener in May.

The last three years have seen those three drivers dominate with each sharing a win and sheet metal on the course.

The Whelen Euro Series returns to the Netherlands with a tight points battle in place for the final regular season event of the season.

After a rough weekend for Alon Day last time out in the Czech Republic, Stienes Longin was able to take advantage and get to the points lead entering the regular season finale.

The Belgian driver won back-to-back races on the oval in the Elite 2 division in 2016 and obviously knows what it takes to win there.

His teammate Nicolo Rocca is second in points - 17 points out of the lead - and will try and go for his second win there after taking the checkered flag in 2015 for his first series win.

Day and Loris Hezemans are tied for third, 29 points behind Longin entering the weekend at Venray with their race on Sunday set to determine the field for the playoffs.

The Euro Series will also try something new this season with each division - Elite 1 and Elite 2 - all participating in a one-day show with practice, qualifying and racing all on the same day. The Elite 1 division race will be 100 laps on Sunday with the Elite 2 race 70 laps on Saturday.

Both races can be seen on Motorsport.tv on Saturday and Sunday. Saturday’s Elite 2 race will air at 9:15 a.m. ET with the Elite 1 race on Sunday also airing at 9:15 a.m. ET.

The Peak Mexico Series visits Chihuahua Autodrome this weekend with defending champion Ruben García Jr. looking to add to his lead in the standings.

García, who has already won three times this season, leads Salvador de Alba Jr. by 28 points (223-195) with Abraham Calderon third and Jorge Goeters fourth, 33 points out of the lead.

García, from Mexico City, is a two-time champion of the series and also competes in the NASCAR K&N Pro Series East Series full-time as a member of the NASCAR Drive for Diversity program.