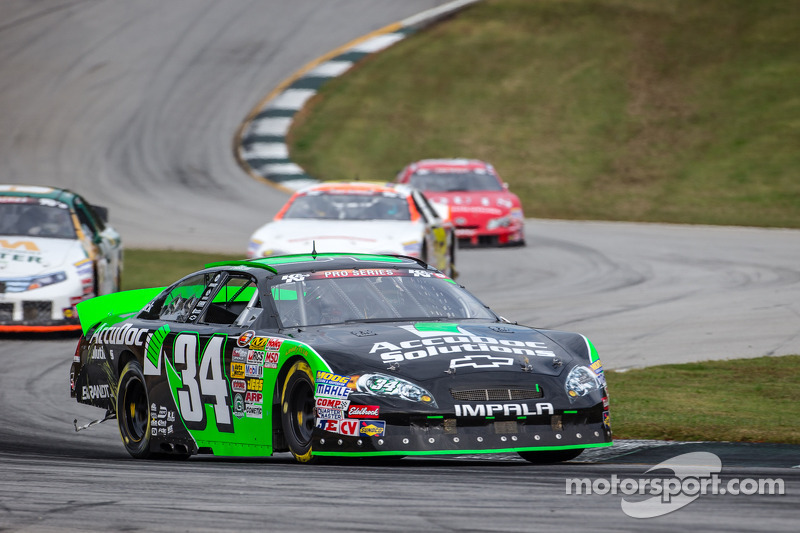 Three in a row for 17-year-old

Ben Rhodes is making it look easy, even when it isn't.

The 17-year-old NASCAR Next driver from Louisville, Kentucky, charged to the lead on Lap 134 restart and went on the win the Pensacola 150 in NASCAR K&N Pro Series East action on Friday night at Five Flags Speedway.

The win was the third straight and fourth in five races for Rhodes, who is in his first full season of series competition. Rhodes, whose other finish during this stretch was a second, extended his championship points lead to 55 over second-place Gray Gaulding after eight of 16 races.

While he led all 150 laps in winning at North Carolina’s Bowman Gray Stadium last time out, he needed to work harder in his first visit to the Florida half-mile.

After leading at the halfway point Friday, Rhodes surrendered the top spot to Cameron Hayley and fell to fourth. A late caution, however, gave him another shot and he made the bold move to the front past Gaulding and Hayley to claim the victory.

Brandon Jones took second from Hayley in the final laps and crossed the line .985 of a second behind Rhodes.

Hayley settled for third followed by Kenzie Ruston in fourth (in photo), who rallied from a lap down. Gaulding, who earlier in the day won his second career 21 Means 21 presented by Coors Brewing Company Pole Award, finished fifth after leading a race-high 80 laps. He immediately left for the airport to run Saturday’s NASCAR Camping World Truck Series race at Illinois’ Gateway Motorsports Park.

The NASCAR K&N Pro Series East is right back on the track next week at Hampton, Virginia’s Langley Speedway for the Visit Hampton 175 on Saturday, June 21.