The race against oneself: John Wes Townley's journey 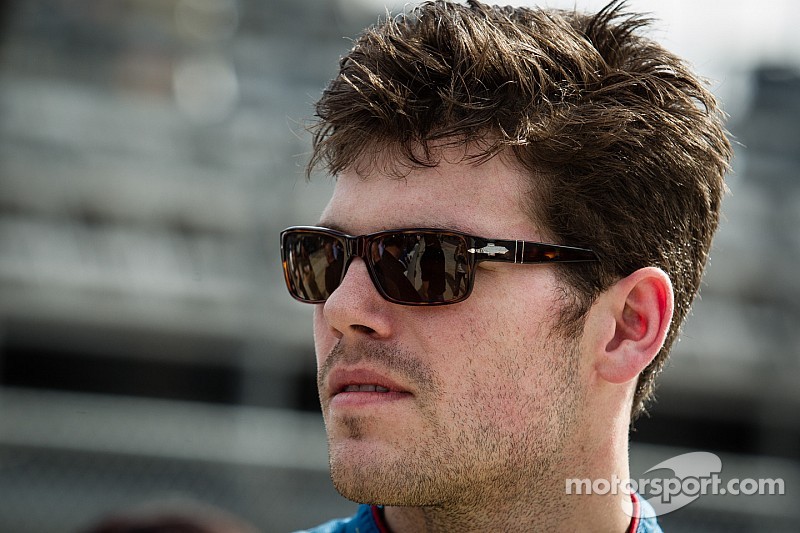 A detailed conversation with John Wes Townley as he discusses his past, the present, and what the future may hold.

It all started out in Georgia. Tony Townley, the co-founder of Zaxby’s – a fast-food restaurant specializing in Chicken products, saw something in his son that he had never seen before.

Since then, his son has developed into a young man that has raced in two of NASCAR’s top-tier divisions, and he also has a victory in the ARCA Series. However, that young man is back racing with his father, and things couldn’t get much better for the pair.

It ended up coming to a place where I don’t think Richie (Wauters) wanted to continue in the Truck Series, so we had to part ways

John Wes Townley, 24, has been racing in NASCAR competition since he was an 18 year-old. Until this year, he had never recorded a top-five finish, but something has changed in his life. Starting out the year driving for Wauters Motorsports, he earned his first pair of top-fives in NASCAR competition, yet even with the success, team owner Richie Wauters opted to slow things down in what was set to be his most successful season.

A change of plans

“Wauters Motorsports was Richie’s deal, and unfortunately – it ended up coming to a place where I don’t think Richie wanted to continue in the Truck Series, so we had to part ways,” Townley said on Thursday afternoon. “Now, Athenian Motorsports has kind of taken over that role as well as running the Nationwide Series races that I have got to run. It was too stressful at times I guess because Richie and the team started out small. We’re starting out small and we just really wanted to build on the Nationwide races that we’re running. We’re running so few of them this season to build for next year, but now we have the Truck Series, and that complicates things a little bit. I think we can pull it off. There are a lot of people that are coming in, and hopefully we can get some good guys and get it going really well.”

After Wauters opted to cut ties with Townley, his father took over. Earlier this season, the father-son combination began working together on a deal in the NASCAR Nationwide Series. With backing from Zaxby’s, Townley has been able to continue racing full-time in the NASCAR Camping World Truck Series, albeit with a fresh organization.

But at Pocono, he got hurt during ARCA Series qualifying with Venturini Motorsports. The injury kept Townley out of the ARCA and Truck Series race at the 2.5-mile track, and evidently put a serious hole in his championship hopes in both divisions. Moreover, the accident might just lead to letting him go after wins harder than ever before.

“Well, we have had our ups and downs. I think overall, we have to look at the positives. We have two top-fives, which is great in the Truck Series. We have had some strong runs in ARCA with one or two races that we should’ve won if we would’ve had better circumstances such as Chicago. I think we would’ve had a shot to win there; we just had a right-front (tire) blow on us,” he said. “All in all, you could say I could’ve, should’ve and would’ve, but I think overall, it has been a productive year. I think I can definitely look back and say that I made some gains, and I think that is important. I’m just really thankful for Zaxby’s and also our new movie deal coming out Sept. 5 - the movie ‘The Identical.’”

Even with some success this year, the 24-year-old is still searching for consistency. After being heavily criticized since he entered the higher levels of stock car racing in 2008, the harsh language has settled down. He has adjusted to life in NASCAR after making mistakes on and off the track. The biggest change in his life, however, has been his maturity level.

Racing full-time in both divisions has helped him do just that. Townley said that there is no reason that he should take a weekend off from doing what he loves. He’s right, isn’t he? The speed has been there in ARCA competition and in the Truck Series, yet he is still missing that coveted triumph.

“I think we had several opportunities this year to have quite a few wins in the ARCA Series. Sadly, circumstances didn’t lead up to that. If the right-front didn’t blow (at Chicago), I think we had the winning car. I think this past week at ORP (Lucas Oil Raceway), I think that we definitely had a very strong car; possibly a car for the win,” he told Motorsport.com

“I think we needed a little something more in the car that we needed to contend for it. We were the car to beat at one point in the race, but as it got colder, that’s a big part of it, anticipating the track temperature changing. We just got to keep learning. It’s not a matter of ‘if,’ it is a matter of when we are going to get quite a few wins.”

In 2014, things have been rather hectic for Townley. Besides swapping teams before the half-way point in the Truck Series season, he also had a fight with GMS Racing driver Spencer Gallagher at Iowa Speedway in early July. The two tangled before in the ARCA Series, but when it came to getting wrecked in the Truck Series, the driver racing for his father just wouldn’t have it because as he put it – racing is his livelihood, especially when it is his family’s equipment.

To be honest, I just snapped.

Townley on confrontation with Spencer Gallagher

“Last year, I was racing him at Salem and we were winning. Gallagher came in and put on new tires. He came back out of the pits and just used us up. He just ran us into the fence and destroyed our car. I was really angry that to say the least. I had a little confrontation with him after that, but that would be the end of it. Unfortunately, a little bit over a year later, he just got into our left-rear (tire) and in turn, cut our tire down. To be honest, I just snapped. There is really no excuse for me. I really want to apologize on my part to Zaxby’s under our new deal. Unfortunately, what happened – happened. It was the worst thing that could possibly happen and I snapped and I apologize,” Townley said on the incident.

Moving forward, it is unlikely that Townley will win either championship this year because he missed the events at Pocono. However, there is plenty of light at the end of the tunnel.

What the future holds

Athenian Motorsports is gearing up to run a full-time slate in the Nationwide Series next year. The Townley’s have the funding to do so, but they want to make sure they aren’t just going out there to do just that. The plan is to run a few more races this season. While discussing the team’s plans for the future, he said it will have a lot to do with how the rest of this year goes for the organization in the Truck Series.  Moreover, the Georgia-native is set to have his best second-half of a season in his career.

“When I was young, and when I say young I mean like 20 years-old, I want to get to the highest series that I could be the fastest I could,” he said. “That was probably the biggest mistake I made in my career. I jumped from ARCA, ran eight Truck races and raced in Nationwide. It was too much for me at the time because I didn’t have my feet planted firmly in the Truck Series, let alone Nationwide Series. Every time you move up a series, the competition gets harder and the cars get harder to drive. Now, I could probably do it, but back then – I just don’t think I was ready. I think for any driver - that is just something you need to do – make sure you have your feet wet. Whatever decision we make at the end of the year, I think I will be ready for it personally.”