In the early 1990’s the late Bill France Jr. decided to start a new series which became the third national series sanctioned by NASCAR. In 1995, the series that is now known as the NASCAR Camping World Truck Series crowned its first champion. 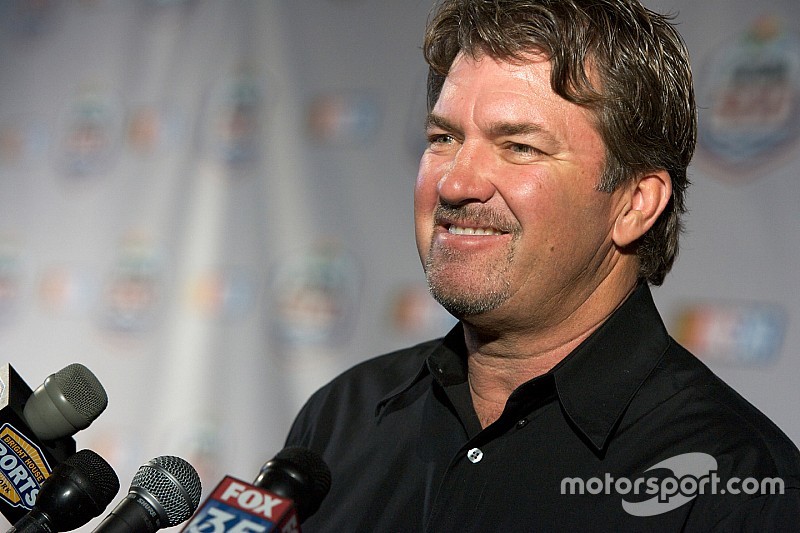 This week, Motorsport.com catches up with Mike Skinner who beat Joe Ruttman by 126 points to win that first Truck title driving for Richard Childress Racing.

Skinner just returned with his friend and former series driver, Rick Crawford, from England where he spent some time preparing for this year’s Goodwood Festival of Speed.

“I do spend a lot of time over there in England and we had a good trip a few weeks ago,” said Skinner. “My boys Jamie and Dustin couldn’t go with me on this trip so I called up Rick and asked if he wanted to go with Andrew Franzone, Dennis King and I.

“We wound up having a fun time there with the Goodwood members. Andrew serves as a governor over there with the membership and we really enjoy interacting with the club members.”

Skinner was born in southern California in Ontario and raised in Susanville, Calif. He decided when he was young he wanted to be in NASCAR, so he moved to North Carolina and quickly got a job working at Petty Enterprises for ‘The King’ Richard Petty.

He worked alongside Terry Elledge, who ran the engine program for Petty, and would later work for Cliff Stewart and driver Rusty Wallace, where he helped prepare the car during the week and served as a tire changer on the car on race weekends.

“In 1984 we had six guys on the crew and we even went to Rockingham one year and won the pit crew championship,” Skinner added.

Although Skinner loved his job as a crew member and was good at it, he felt he needed to make a change if he was ever going to get a chance to follow his dreams.

“I enjoyed working on the teams and learned a lot, but I stepped away to start driving anything I could because I felt I was going to get pigeon-holed into working on cars my entire life and never get a chance to drive,” he said.

Skinner was racing at short tracks throughout North Carolina when he caught the eye of Richard Childress, who along with many other Cup team owners at the time, decided to field a team for the inaugural Truck season in 1995.

Skinner made the most of the opportunity Childress gave him climbing in the truck and winning the first race in series history and a total of eight that year along with the championship.

“I’ll never forget coming out of Turn 4 racing Terry Labonte for that first win at Phoenix in 1995,” said Skinner. “That was a great day for me and my career.”

Skinner would close the season with a win at Phoenix and become the first champion in the history of the NASCAR series.

“I’ll never forget what Bill France Jr. told me at our banquet that first year,” he said. “He said I’ll always be the first champion in the Truck series and no one could ever equal or top that and I’ve always remembered what he said that night to me.”

Skinner would also win eight races in 1996 and finish third in the final standings. Childress then decided to make Skinner the driver when he elected to expand RCR’s Cup program and added a teammate for the late Dale Earnhardt Sr.

Skinner isn’t the only one to do it, but his first start at Daytona International Speedway in a Cup car is something he’ll never forget.

“To be able to look back now and remember how we won the pole for the Daytona 500 in my first full-time season in Cup and my first Cup start at Daytona is something that will always mean a lot to me,” Skinner said.

He went on to make 286 starts in the Cup Series over the next two decades, but it's his time in the Truck series he’s likely best remembered for by many fans.

Part of the memorable group

When NASCAR started the Truck series, it opened the door for several drivers who had made a name for themselves in NASCAR’s regional series a chance to get national recognition. Skinner enjoyed being a part of that group.

“I feel like we were pioneers in the sport so to speak,” said Skinner. “We still get together on occasion and have a few ‘pops’ and reminisce about the old days. I feel we brought personalities to the Truck series.”

Skinner feels today’s drivers in Trucks are as talented as he and others were but he feels they’re missing one big ingredient.

“The series has talent, but what it needs today is rivalries,” Skinner said. “Jack (Sprague), Ron (Hornaday, Jr.) and I were rivals. Jack would get mad at me and stay that way for a few weeks. Ron and I were also fierce rivals, but once we got off the track we were friends, too. I’m a big fan still of the series.”

Skinner remembers one of his toughest days on the track was at Texas Motor Speedway in 1998.

“The wreck I had a Texas (Motor Speedway) was huge,” Skinner said. “God wasn’t ready for me is probably the only reason I survived that accident.”

Skinner also remembers racing with and against Earnhardt Sr., a driver he described as the toughest he ever faced.

“I still love Richard Petty and he’ll always be ‘The King’ of our sport, but Dale raced me harder than anyone,” said Skinner who added that he and Earnhardt were just starting to work well together before Earnhardt’s untimely death in 2001.

“We were getting along well and if we could have raced more together, I think it could have changed my (Cup) career.”

During his interview, Skinner wanted to share something that still means a lot to him and his wife, Angie, to this day.

“Angie and I were fortunate enough to get to be a part of a project called ‘Hope For The Warriors’ and that organization had found a place in our hearts that will never go away,” Skinner said.

“Last year, we were fortunate enough to hold the Skinner Round-Up for charity and raised over $220,000 for that organization to help care for service members and veterans who experienced trauma while serving our country.”

Skinner said he’ll remain involved as long as he can and knows he can help service men or women who need it.

Not a retired driver

While Skinner he’s no stranger to television after appearing in races and on countless shows before and after he competed in NASCAR, he can still be seen on a new show on Amazon Television.

Skinner serves as ‘The American’ on a show called “The Grand Tour” for subscribers of Amazon Prime and features British hosts that used to appear on another British show called “Top Gear.”

“My buddy Rutledge Wood is friends with the guys when they were with ‘Top Gear’ and he told me they were looking for an American driver to be a part of their new show,” Skinner said.

“They called and spoke with Angie and I and I did a screen test at Virginia International Raceway and got the job. It’s been fun to be a part of that show.”

The job comes with some perks.

“I get to drive exotic cars in retirement and be honest to tell viewers what I think about the cars,” Skinner said. “That’s a pretty good job to have.”

Along with his television show, he joins Angie for a regular radio show called “Skinner Round-Up” on Sirius/XM NASCAR Radio where they talk all things racing.

Skinner knows he was lucky and shares his thoughts on his opportunity in NASCAR and knowing the fans that supported him.

“I hope the fans always knew and still do appreciate them and their support throughout my career,” said Skinner. “I hope I brought some smiles to fans’ faces I’ll always be grateful for everyone who pulled for me when I drove a truck or car on the track.”

He’s also looking forward to interacting with fans in June in England.

“My boys and I along with Andrew work hard getting our trucks ready for the Goodwood Festival and we also have a late model team in Florida we use to help develop drivers,” Skinner said. “I don’t want to ever quit, because when you quit you get old.”

Skinner said he has a simple piece of advice to share: “If Skinner can do it, most people can do it, too,” he said.

“Hopefully someone can see that if Mike Skinner can make it in NASCAR it will provide motivation for someone else to give it a try.”