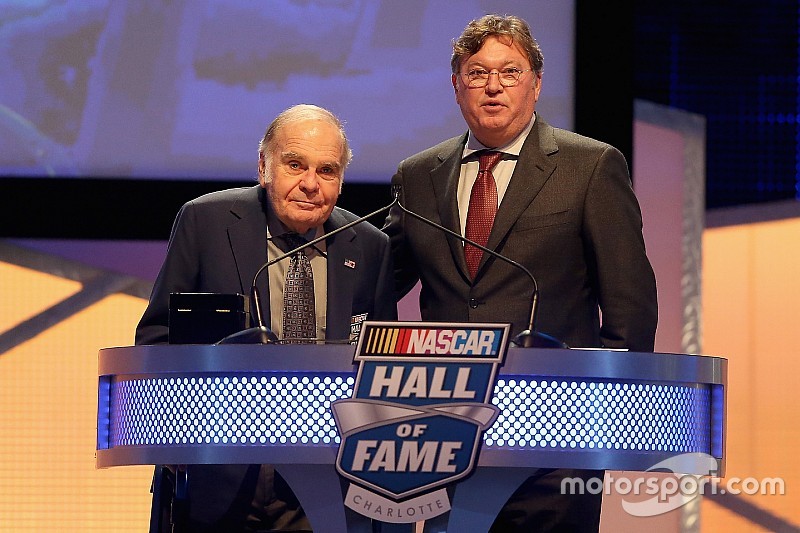 Review the complete series of stories by Motorsport.com, including exclusive interviews with NASCAR's stars of days long past.

As NASCAR takes its first break of the 2017 season for the Easter holiday, Motorsport.com wanted to provide an opportunity for readers to revisit some of the 'Where are they now?' stories written since the inception of this series in late 2016.

While reading these stories, readers and NASCAR fans also have an opportunity to submit ideas for future stories they would like to see on Motorsport.com in the future. You can submit your ideas to nascarmailbag@motorsport.com or directly to Tim Southers at Tim.Southers@Motorsport.com.

Cook was the first driver featured in the series in late 2016. The modified racing legend and retired NASCAR executive was inducted into the NASCAR Hall of Fame in 2016. Cook resides in North Carolina and still attends races - especially modified events. Read his story here

Houston was one of the pioneers of the series known then as the NASCAR Busch Series and now the NASCAR Xfinity Series. Houston held the record for many years for the most starts in the history of the series. Read his story here

Newton-Conover High School in Newton, North Carolina produced some popular figures from the sport and none was more popular than Setzer, especially in his home state. He was successful in late models to trucks and Busch series cars throughout his career. Now he helps his son Brandon make a name for himself in the sport. Read his story here

Read how this Virginia driver was able to recover from a serious illness and live a busy life in retirement after suffering affects from carbon monoxide poisoning. His experience later helped create new safety measures that today's NASCAR drivers still benefit from. Read his story here

This veteran crew chief and later car owner was responsible for helping drivers like Benny Parsons, Harry Gant and others make a name for themselves in NASCAR. From his humble beginnings in North Carolina, Carter became a key figure in the growth of the sport in the 1990's. Read his story here

The Wisconsin native was better known for his attire -- wing tips and Goodyear hats - but he was an accomplished racer that built a legion of dedicated fans throughout the country. He enjoys retired life now splitting time between his homes in North Carolina and Wisconsin. Read his story here

One of the more colorful characters to ever get behind the wheel of a race car. He could drive and won a pair of NASCAR Xfinity Series championships and now is a key innovator of safety in NASCAR. Read his story here

This California native became one of the most popular drivers to come from the Golden State in the late 1980's. His story of surviving not one, but two major injuries is an uplifting one. Read his story here

One of the original members of the 'Alabama Gang' along with his brother Bobby, Red Farmer and the late Neil Bonnett. His part in making the 1979 Daytona 500 a historic moment will be a part of the Great American Race forever. Read his story here

There have been a lot of racers who were 'tough' in NASCAR, but not many could touch the resume of the 'Ironman' in the sport. Ingram was a pioneer in many ways and helped bring what was then known as the Busch Series to life. Read his story here

This North Carolina native made a name for himself competing in the Goody's Dash Series throughout the 1990's and won a lot of races and five championships. He was also a key part of helping bring a new manufacturer into the sport and continues to work in the industry today. Read his story here

Although he was an accomplished driver and record holder while racing modifieds in his native northeast, this Chemung driver will be remembered always. He talks about his faith, his future and that fateful day in Daytona many years ago. Read his story here

Only one other driver has as many NASCAR championships as this driver does with nine. Stefanik enjoyed a wonderful career and reflects on his many accomplishments -- past and present -- in this article. Read his story here

This trucker's name was almost synonymous with Ford Performance. This outgoing and popular driver enjoyed a successful career and continues to be a part of the sport today helping young drivers and friends spread the NASCAR gospel all over the country. Read his story here

This California native was part of NASCAR's 1990's Golden State rush. His historic run to the first Camping World Truck Series champion in 1995 propelled Skinner to a two-decades-long career in the sport. Today he can still be seen on TV, heard on the radio and watched racing on the track all over the world. Read his story here