Who are the most popular drivers in the NASCAR regional touring series? 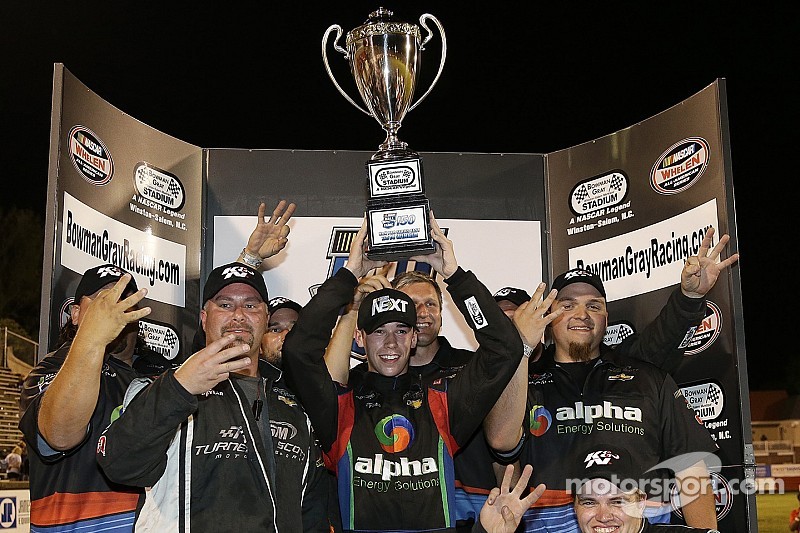 The fans have selected some past favorites, and some new faces.

The fans have spoken, and they have selected a pair of series champions as well as a pair of repeat award winners in balloting for the NASCAR regional touring series’ 2014 Most Popular Driver Awards.

The Most Popular Driver Award winners for 2014 are:

First-time award winners from the group include Rhodes, McReynolds, Marban and Fifield while Nordstrom and Seuss retained their popular status from last year’s balloting.

The closest race was in the Canadian Tire Series where championship runner-up Fitzpatrick edged Alex Tagliani by just 48 votes. Fitzpatrick was also the Most Popular Driver in the series’ inaugural 2007 season.

McReynolds captured 42-percent of the K&N Pro Series West vote for the largest individual share of any series while the largest margin of victory came in the Mexico Toyota Series where Marban outdistanced the nearest competition by 1,226 votes.

Fifield, a rookie in 2014, made history as the first female competitor to take home the Most Popular Driver Award in 30 years of Whelen Modified Tour competition.

Nordstrom and the Whelen Southern Modified Tour titlist Seuss now have the most career awards among the 2014 selectees with three apiece. Nordstrom’s have come in successive fashion while Seuss previously won in 2009 and 2013.

The Most Popular Driver Award winners will be recognized as part of the NASCAR Touring Series Awards on Dec. 13 in the Charlotte (North Carolina) Convention Center at the NASCAR Hall of Fame.

Daytona cancels 'Battle at the Beach' for 2015