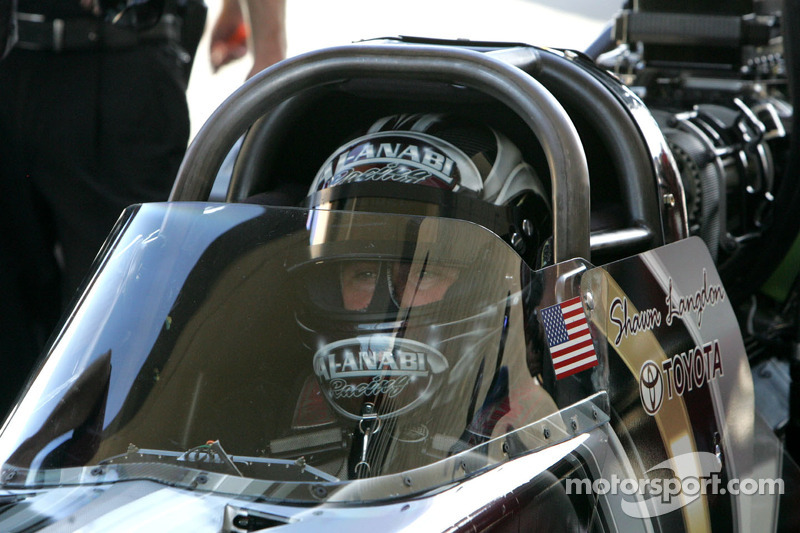 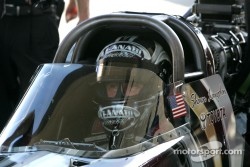 ■ Langdon advanced to his first final round of the season earlier this month in Seattle. He was the No. 4 qualifier; in eliminations, he defeated Terry McMillen, Antron Brown and David Grubnic before losing to Steve Torrence in the final round. The silver Al-Anabi car was consistent in both lanes at Seattle making clean, consistent runs in both qualifying and eliminations.

■ Langdon has been a solid qualifier this season; he has one No. 1 qualifier and has qualified in the top five at 10 of the 15 races. His average qualifying position this season is 5.20.

■ Last year at Brainerd, the Al-Anabi team qualified first and second; both teams advanced to the semifinals. Langdon, driving for Morgan Lucas Racing, was the No. 11 qualifier last year; he lost to Rod Fuller in the first round of eliminations.

■ The Al-Anabi Racing winless streak has now grown to 16 races; the longest ever. The team endured four-race winless streaks twice in 2009 and twice in 2011, but until now, the team had never gone more than four races without a victory showing the remarkable consistency the Al-Anabi team has exhibited since it was created in 2009.

■ Langdon is still in search of his first Top Fuel victory. He has competed in six career final rounds, but has yet to turn on a final-round win light. Last season, he reached the final round of eliminations at the season-opening event in Pomona, Calif. and the NHRA Four-Wide Nationals in Charlotte.

Langdon prior to Brainerd:
“Our runner-up finish in Seattle was definitely a step in the right direction for the Al-Anabi team. We all felt, as a team, we were headed in the right direction, but we didn’t have the results. In Seattle, we made good runs, we qualified well, and the car responded better to the tune-up changes we’ve been trying to accomplish all season. We hope we’re starting to peak at the right time with the Countdown just two races away so we want to get the car running well on Sundays and be ready to race in the Countdown.

“The weather forecast for Brainerd looks pretty good and even a little on the cool side so we could have some good conditions for some great runs in the 3.70s like we had earlier in the season. I like cool weather conditions because it’s better for sitting in the car, but when the conditions are cool, the cars perform well and it’s nice to know we can flirt with a national elapsed time record a little bit.

“I’ve been saying for a while we really want to get into that Traxxas Shootout, and there’s only one more spot for a race winner. We want it, but we’ll keep doing what we do and give it our best effort from the driver, crew and crew chief. We just need to go into Brainerd and win the race for a bunch of reasons. We can climb to fifth in points so that’ll help with 10 extra points in the Countdown, we need to get into the Traxxas shootout, and we need to get that first win because we all feel once we get that first one, more will come our way.” 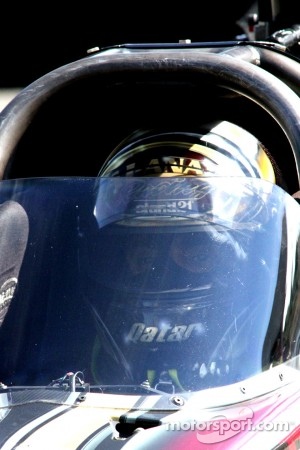 ■ Khalid alBalooshi enters the Lucas Oil NHRA Nationals in 12th place in the NHRA Full Throttle Top Fuel point standings. He trails 11th-place Clay Millican by 91 points and leads 13th-place Terry McMillen by 23 points. AlBalooshi is competing for the 2012 Automobile Club of Southern California Road to the Future Award which recognizes NHRA’s Rookie of the Year.

■ AlBalooshi and his gold Al-Anabi Racing team are making great strides with two races remaining in the regular season. After going winless in the season’s first 12 races, the rookie driver from Dubai has two round wins in the last three races; it is a long shot, but the gold Al-Anabi team is striving to reach the Countdown to the Championship NHRA Playoffs. AlBalooshi is 95 points behind 10th place, the final spot in the Countdown.

■ AlBalooshi was the No. 6 qualifier earlier this month in Seattle. He defeated Bob Vandergriff before losing to event winner Steve Torrence in the second round of eliminations and Torrence left the starting line before alBalooshi.

■ Entering this weekend’s race in Brainerd, Minn., alBalooshi has made 116 passes in the Al-Anabi car including pre-season and in-season testing. For perspective, the driver alBalooshi replaced, 2011 NHRA Full Throttle Top Fuel world champion Del Worsham, finished last season with approximately 2,639 runs. AlBalooshi is up to 116 total passes - he has a long way to go to catch up with the driver he replaced at Al-Anabi Racing.

■ AlBalooshi joined the Al-Anabi Racing Team as a Pro Mod driver when it was formed in 2009 racing in both Arabian Drag Racing League and American Drag Racing League competition. He is the 2011 NHRA Get Screened America Pro Mod champion. Prior to joining the Top Fuel portion of the Al-Anabi Racing Team in 2012, he had 158 career race wins in various classes of competition.

AlBalooshi prior to Brainerd:
“I am happy for our team because I know we are doing better. We won two rounds, but we still need to do better. Everyone on the Al-Anabi team wants to win races, and we will keep working as hard as we can to win rounds and races. We want to get into the Countdown, but we know it will be hard. If we can win more rounds and maybe even a race, we can still have a chance. Everybody on our Al-Anabi team is doing his job, and I thank everyone for the hard work all season.”

Arana Jr. on the hunt for first win of season at Brainerd